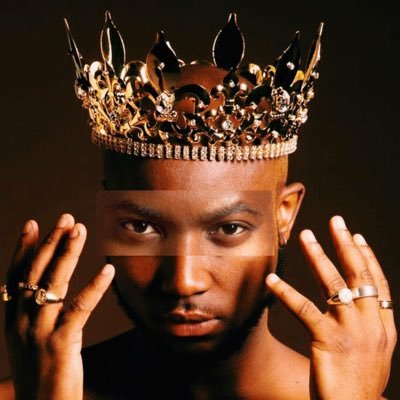 One of Africa’s most coveted contemporary musicians- King Promise, invited a cross of media and some entertainment practitioners, including patrons to an exclusive listening session party prior to the unveiling of his debut album ‘As Promised’. Needless to say, they were ecstatic.

Not just appreciators of his art, patrons and colleague musicians have always admired King Promise’ attention to detail, professionalism and quality of music and wanted to ensure the event reflected his personal brand perfectly.

The listening session of his debut album was slated for 3rd July 2019, and was staged at the Kwarleyz Residence, Airport West, Accra. It accumulated a wide range of Ghanaian performing arts amd on-air personalities, including Vodafone Ghana Music Awards(VGMAs) “Artiste of the Decade” Sarkodie, Rapper and member of the celebrated music group(R2bees), Pae Dae known as Omar Sterling, Joey B, VGMAs Male Vocalist of the Year, Kidi, Tv personality, Serwaa Amihere, Radio personality, Lexis Bill who trooped in the venue to make the a memorable one.

Hosted by Radio and TV personality, suscribers ensured that the running order allowed for a question and answer session, since they were abreast with the fact that, the Press would have burning questions on the tips of their tongues. Most importantly, the evening was centered around playing great music from the album. The concert style surround sound was crucial to creating the desired impact, and leave guests positively astounded by ‘As Promised’.

However, Born Gregory Promise Bortey Newman, King Promise is gearing up to release his posthumous debut album featuring a range of 11 previously unreleased tracks and 4 previously released tracks, scheduled for July 5. Originals will exclusively be available to all streaming service and also, available to the consumer on online markets and web portals. The guest artistes on the album are highlife veteran, Kojo Antwi, Wizkid, Sarkodie, Simi, Omar Sterling, Mugeez and Raye.

King Promise who is an Accra based artist has had the opportunity to work with a couple of great talents such as Scientific, J-Town, Adina, Pappy Kojo, Fuse ODG, and many more. His feature on Dj Vision’s record entitled “Double Trouble” alongside Sarkodie was a smash hit. It topped the radio charts for weeks being considered as a “banger” by many DJs and industry professionals alike.

King Promise is currently signed to the Legendary Producer Killbeatz’s record label. The Record Label is called the Legacy Life Entertainment (LLE ) which is managed by Gervin Ohene Addo alongside a prolific and experienced team, ready to work and support the extraordinary Talent King Promise.