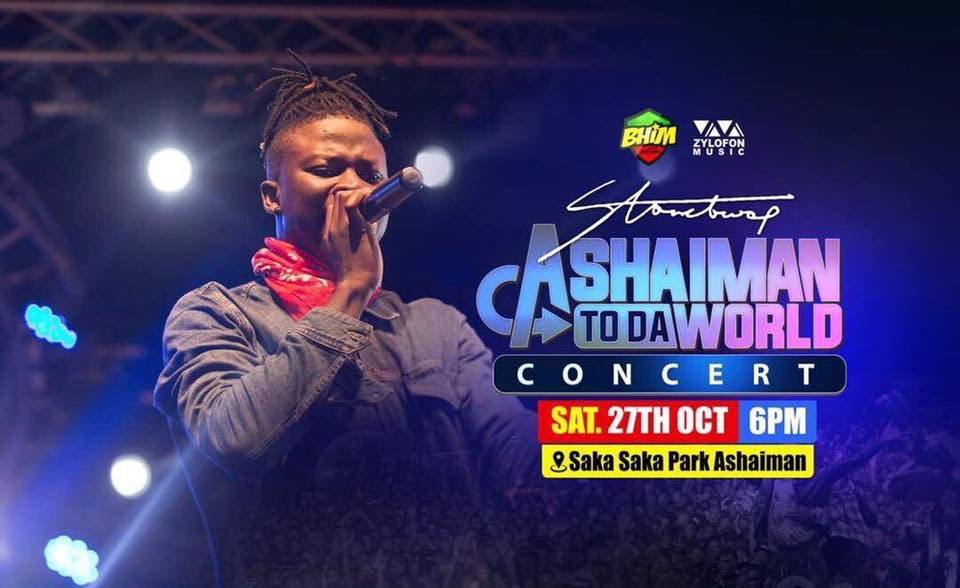 The camp of Zylofon media signee Stonebwoy and his Burniton Music Group are rounding up preparations towards the biggest gathering Ashiaman has ever seen; the Ashiaman to the world Concert.

The five years running concert, which in 2017 packed a little above 50,000 fans, supporters and lovers of his work is set to set another record this year with turn out, organizing as well as surprises on the night.

This year’s edition of the “Favorite Ghana Event” award winner at the Ghana Event Awards “Ashaiman To Da World Concert” comes off on Saturday 27th October 2016 and will be staged at Ashaiman Sakasaka park which is the home grounds of Stonebwoy.

The Ashiaman to the world Concert which started five years ago as Stonebwoys way of giving back to the people of Ashaiman has now become a yearly ritual and year after year has never ceased to serve its purpose.