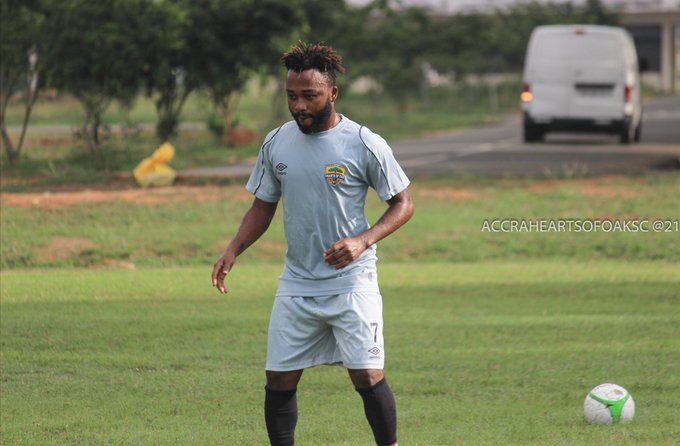 Gladson Awako is ready to refund the amount Hearts of Oak paid for his transfer from Accra Great Olympics, according to a report.

Awako’s transfer to Hearts made headlines as many believed it to be the transfer of the season, however, the former TP Mazembe attacker left the club’s camp before their Champions League game against Guinean club AS Kamsar.

He denied he is quitting the club after Hearts in a statement stated he has been given some time off to sort things out.
Awako playing for Hearts of Oak

Initially, there were reports that Awako is leaving the club because of spiritual reasons but that report has been debunked by new reports.

Also, his former club Olympics are reportedly threatening to sue Hearts of Oak over breach of contract as they are yet to pay the second part of his transfer money.

Awako will become a free agent if he pays the transfer money.

Related Topics:AwakoGhanaGPLHearts of Oak
Up Next