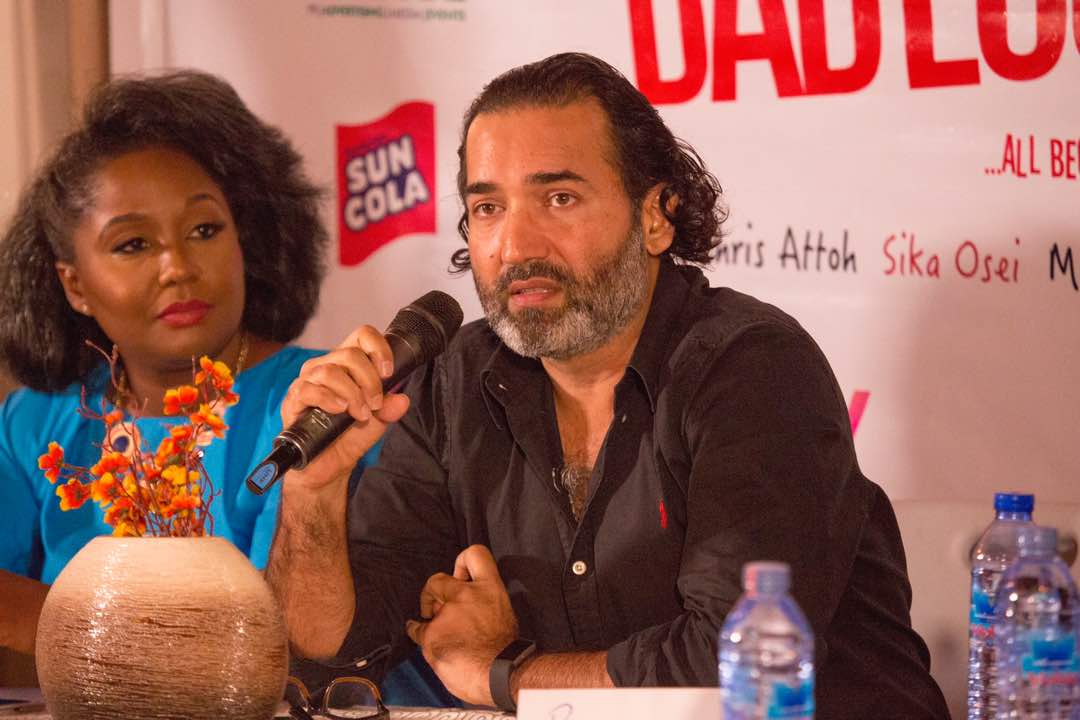 Ramesh Jai a NAFTI graduate and member of the Directors Guild of Ghana shows off his many talents in the upcoming movie which will be premiered at the Silverbird Cinemas on October 5th, 2018.

Ramesh who has been away for a while in the movie industry at the Press Soiree held at One Airport Square indicated that filmmaking was a challenge in the past, therefore, prolonging the period of which a movie should be out in the market.

He, however, explained that filmmaking presently is not a challenge anymore even though it involves a lot of energy and sacrifice but he’s going to do his best to shoot more of it so Ghanaians should expect enthralling movies from his team.

He further pressed Ghanaians not to miss the day of the premiere on October 5th because they’re going to laugh until their ribs come out because ‘Badluckjoe’ is basically a comic movie.

This movie is a dream come true for me. The times our predecessors were making movies it was a bit complex. Those days filmmakers was a challenge but it’s a bit easy now. There are so many challenges in shooting a movie’ he said.

Badluckjoe movie talks about love and how it struggles to survive amidst the chaos which brought about two wives fighting for their husband’s properties.

Two warring wives. One missing body and a man fighting for his love.

The story also talks about the power struggle which leads to absolutely hilarious situations as it brings turmoil into the lives of everyday people like Joe, Abena, Zuri, and Elizabeth in the movie.

The movie music video is titled ‘Odo’ composed by Adomaa.

It was written and directed by Ramesh Jai, owner of Apex Advertising who is based in Ghana. The movie is set to be premiered at the Silverbird cinemas Accra Mall, 7 pm and 9 pm .