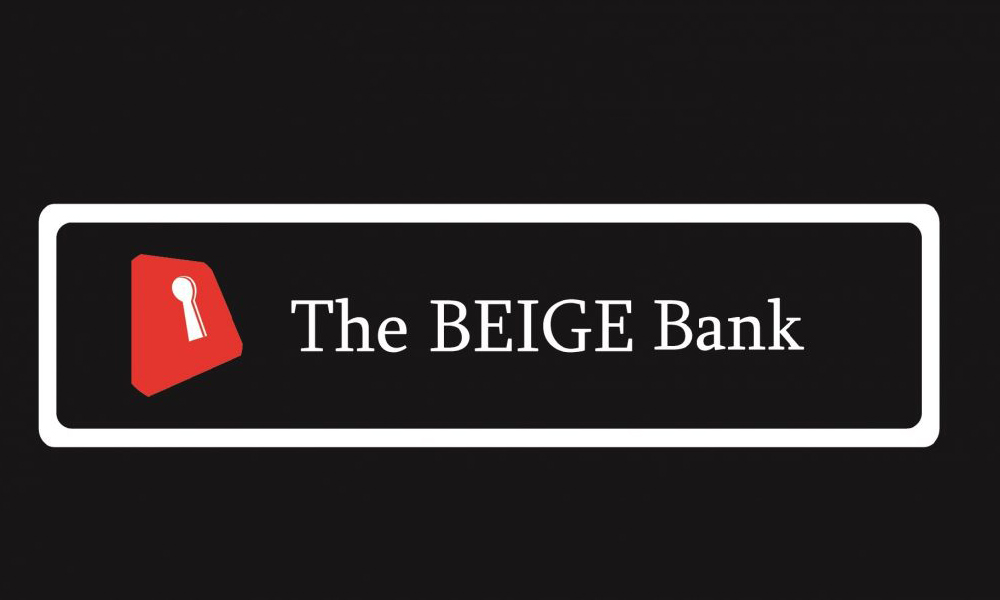 The role of the Bank of Ghana and for that matter all central banks in the world is not only to be increasing capital requirement from time to time, and this can be ascertained in majority of developing countries. It is to promote the growth of the local economy, apart from playing the role of banker to the government, banks’ bank, lender of the last resort, controller of credit; it is also to maintain stable exchange rates.

These aside, one of the aims of the central banks in a developing economy like ours is to improve the strength of our currency and credit system. More banks and financial institutions are required to be set up to provide larger credit facilities and to divert deposits and voluntary savings into productive ventures. The central bank also plays an important role in bringing about a proper adjustment between demand and supply of money.

It must be said that, the recent attempt to bring the interest rates down is quite commendable. However our monetary policy must be aimed more at reducing the wide disparity between long-term and short-term interest rates, avoid policies and announcements that will create public disaffection towards financial institutions, and reduce job losses as it happened in the Capital and UT swoop.

The shocking and almost violent take overs of just two banks, namely UT and Capital Banks in the fall of 2017 by the Ghana Commercial Bank caused about a 1000 job losses to finance and bank professionals. That action alone reduced the general public’s confidence in most indigenous banks in Ghana because of the fear of the unknown.

Currently a reliable piece of information suggests that, a promising indigenous financial institutions, BEIGE BANK, as of June 2018, has laid off over 500 of its staff as part of measures to restructure the company in anticipation of current changes within the industry. It is expected that a few more lay-offs will happen in the coming months as The BEIGE BANK aligns itself for a possible merger.

In a conversation with officials of the company, they confirmed that this is the first time the company has had to cut staff numbers of this magnitude since its inception 10years ago. Branch expansion plans in other remote parts of the country has also been suspended.

This is a danger and indeed a bad sign for all indigenous finance professionals and puts future job prospects in the sector at risk.

Also since saving or depositing money at the bank is voluntary and most Ghanaians are not sure of what the next move of the BoG would be, deposits have dropped considerably, particularly after BoG squabbles with UNIBANK officials and the eventual handing over of Sovereign Bank to administration.

At the moment there are 10 indigenous Ghanaian Banks hanging on life support, all things being equal having GHS 120M as minimum capital. This suggests that, only 2 banks shall survive, if the BoG forces through its uncompromising merger plans, because no two or three banks can possibly come together and be able to satisfy the new GHS 400m capital requirement.

In the event about 5000 professionals in finance and the banking sector will lose their jobs as a consequence. This means that, 8 indigenous banks are doomed to collapse under this incessant pressure from the BoG to recapitalize by December 2018, a situation seen by most discerning Ghanaian business personalities as unfair treatment to the owners of indigenous banks and their employees.

Petition and attempt at intervention

In a petition to the president of the republic, the owners have pleaded with him, to intervene and so far the president His Excellency Nana Addo Danquah Akufo Addo, has not disappointed in his last two comments on stability of the financial sector, but also stated that all meaningful reforms in the banking and financial sectors must ensure the growth and survival of the indigenous banks.

Most recently at the inauguration of a 14-member Committee to enable the full implementation of the “Ghana Beyond Aid” agenda, the president reaffirmed his convictions that, it is not good for most of our economic sectors to be dominated by foreigners.

He mentioned the mining, oil and financial sector again. With the knowledge that, there are already 19 foreign owned banks operating in the country, mostly by their shareholding structures, and only 10 indigenous Ghanaian banks, one is likely to hold the view that, the BoG must not torment Indigenous banks by pushing through their reforms by December 2018, but rather heed to the wise counseling of the President which is in consonance with that of the indigenous banks to allow for more time at least between 4 and 5 years to raise the new capital of GHS 400M.

However, the body language of the regulator and public comments on the intended reforms do not appear to complement the efforts the president is making to achieve his developmental goals for the economic sector.

The rush on indigenous banks to measure up in raising new capital requirements or be bundled out of business, is also not the picture the IMF Executive Board’s Fifth and Sixth Reviews Under the Extended Credit Facility published in April, 2018 painted, as guidelines to addressing fragilities in the financial sector.

The report called for more actions to tackle the overhang in non-performing loans and more progress on regulatory reforms and in strengthening oversight and cleaning up the microfinance sector to help support credit to the private sector.

Even though the report declared support for the recent bank intervention and advised that it should be followed up with decisive action to restore solvency and financial viability in the financial sector, one wonders how that can only mean chasing indigenous banks out of business.

It is the view of most Ghanaian financial business owners, that, the establishment of relatively smaller sized and purely local universal banks has enabled credit to reach the informal sector, particularly indigenous micro and small enterprises, cottage industries, agri-businesses, small scale manufacturers, petty traders and crop and livestock farmers which the bigger banks had and continue to marginalize because of the perceived high risk of the sector.

It is important to state that this is the sector which requires consistent nurturing and support to grow to become the big businesses of tomorrow that can employ our growing unemployed youth and also create wealth for our nation.

There is no gain stressing the point, that strong indigenous financial institutions are fundamental to the development of every economy. It is believed that local banks have their existence linked closely to the growth of national economies, particularly with our private sector controlled by small-scale industries, and will be therefore pretentious to say they will not be affected if the local banks fail to meet the new minimum capital requirement.

This is very much unlike foreign owned ones that make profits and regularly repatriate them back to their owners and shareholders abroad. With the indigenous banks stretching for the difference of GHS 280M to meet the new capital requirement, the situation plays easily into the hands of the foreign banks, and reduces further the shrinking influence of indigenous banks and their market share which is already seen to be around 20%, compared to similar situations in South Africa, Senegal, Ivory Coast and Nigeria.

In Australia, a 7 year policy document titled The Indigenous Opportunities Policy (IOP) was fully implemented on 1 July 2011 and expected to travel to the end of 2018. Under the IOP, suppliers to the Australian Government who win contracts valued over $5 million ($6 million for construction) for activity in regions with a significant Indigenous population are required to develop and implement an Indigenous Training, Employment and Supplier plan.

The plans include strategies for using Indigenous businesses in the supply chain. A complementary Commonwealth Procurement Guidelines (CPG) exemption was also introduced on 19 May 2011 to reduce obstacles for Commonwealth Government agencies to contract directly with Indigenous small-to-medium businesses. This will make it easier for Indigenous businesses to compete for government contracts, as the procurement process is simpler and administrative costs are reduced.

A cursory look at the regulatory frame work of the bank of Ghana on their website on 21st June, 2018, clearly states that, the Bank of Ghana is charged with the responsibility of ensuring that the financial system is stable to ensure that it serves as facilitator for wealth creation, economic growth and development.

It also calls on the regulator, to supervise and direct the banking and credit system to ensure the smooth operation of a safe and sound banking system. Disappointingly, this does not appear to be the situation now due to the chaotic approach of the BoG, mounting pressure on indigenous banks to merge or lose their licenses by the end of 2018.

The question being asked is, why is the BoG being so unfair to the indigenous banks, by treating all banks the same, regardless, knowing well enough as the regulator, that, to the foreign banks or majority foreign owned, the new capital requirement is just a phone call away? And that any merger of two indigenous banks is more likely to strengthen foreign banks and weaken local banks. Again, why has the BoG taken an entrenched position against Indigenous banks, departing miles away from how it handled similar situations in the past?

The picture above speaks volumes and unmistakably depicts leaders of the world fighting for their national interests with German Chancellor Angela Merkel leading Europe against American leader Donald Trump who has taken a firm decision that America must be treated fairly in its trading relations with the west and east, or else no deal. Where is our national interest with some hitherto “respectable Economists” saying and quote “what is wrong if foreign banks control our financial sector” Really?

There could be more banks in the UK , but why is the UK closely guarding the Barclays and Lloyds Bank which recently invested almost 4 billion UK pounds in the manufacturing sector of the UK economy?

In 2017, the figure diminished to 21% indigenous Ghanaian ownership as published by the reliable and credible Africa Report in its No. 93 edition. This is why all stake holders must see the petition sent to his excellency President Akufo Addo , by the indigenous banks as a matter of concern which has the potential of affecting the smooth functioning of the economy and also cede control of the banking industry in Ghana largely to foreign ownership.

Prior to this period, ownership of banks in Ghana was dominated by the State and foreign banks. The State banks at the time were Ghana Commercial Bank, Agricultural Development Bank, National Investment Bank, Social Security Bank (now Societe General Ghana Limited), National Savings and Credit Bank which was taken over by Social Security Bank, Bank for Housing & Construction, now defunct, and Cooperative Bank, also defunct.

it is being suggested that smaller banks should merge to form bigger entities in order to have capacity to finance big ticket transactions. In as much as big capital may be good and allows banks to engage in big ticket transactions, it does not necessarily remove the risk of failure of big banks. A bank failure occurs when a bank is unable to meet its obligations to its depositors or other creditors because it has become insolvent or too illiquid to meet its liabilities.

Below is a table of Banks with huge assets and capital base, yet they failed.

In this article:Beige Bank, Business News