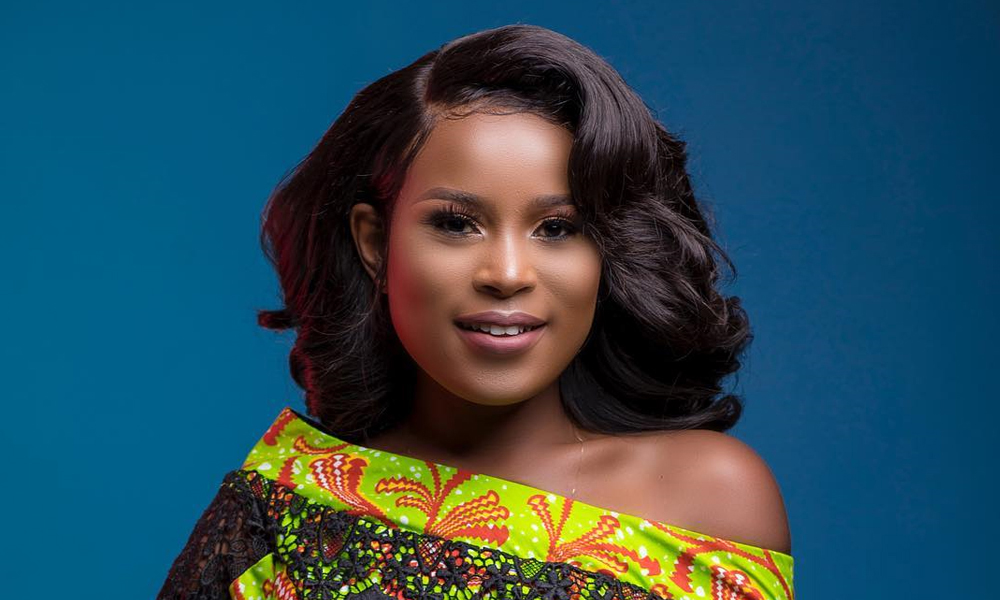 Organizers say Mundi’s “works and pursuit towards the development and image of Africa” scored her “an honourable spot on our 2nd annual list of 100 Most Influential Young Africans (2017).”

“It is great and exciting that young people across Africa are inspired by your works and are recognizing you for an amazing achievement in your career.” reads the email addressed to the Live FM Presenter.

Africa Youth Awards is a prestige award scheme with the prime aim of appreciating the works of young Africans in Africa and the Diaspora.

The official release of the 2017 100 Most Influential Young Africans list will be out on Tuesday, August 29, 2017 via various Social Media and Media platforms across the world.

The list was compiled through public nominations, and then further independent research by the team and jury of Africa Youth Awards.

This initiative is in partnership with Avance Media, www.mynaijanaira.com, African Youth Commission, www.collegeinghana.com, All for Development and Institute of Leadership, Entrepreneurship & Development.

Described as the 21st most influential young Ghanaian in the year 2016 by Avance Media Ghana and a leader of the new school by one of the biggest magazines in Africa, Berla Mundi, real name, Berlinda Addardey is one of the most sought after Radio and TV hosts across Ghana. With a following of over 500,000 people across West Africa, Berla Mundi is indeed a brand to reckon with. Berla was a contestant at the 2010 Miss Malaika where she placed second runner up.

Her first major appearance in the entertainment industry was on award winning entertainment show, Rythmz as co-host and since then, there has been no stone unturned in her pursuit for success and self-actualization. Three years down the line, I am the face of the entertainment show Rythmz, which runs live every weekday from 12-2pm on GhOne TV. I am also the host of lifestyle and magazine show, Glitterati which dwells on the lives of celebrities across the continent.

On Radio, She’s described as the queen of entertainment having first started off with a daily segment on the mid-morning and drive time shows on Live 91.9fm, the nation’s official frequency for the Young, Wild and Free. She’s currently the host of the after-drive, Touchdown which runs every weekday from 7pm-10pm on Live FM and focuses on diverse issues pertaining to the youth and young adults. Her reach goes beyond the four corners of Ghana as she interacts with millions of Africans across the continent weekly as co-host of Africa’s first ever syndicated talk show, Moments with Mo – Moments In Ghana which focuses on lifestyle, entertainment and more. This airs on Nigerian TV Channel, Ebony Life TV on DSTV Channel 165 across Africa.

She made her debut in the movie industry in 2014 in ‘Single, Married and complicated’, produced by award-winning Ghanaian actress, Yvonne Nelson. A multi-talented lady, I hosted quite a number of prestigious events including the launch, nominees announcement and industry night of the 2015 and 2016 Ghana Music Awards, launch of sports brand, Adidas in Ghana, USAID Women’s Month 2014, Miss Malaika Ghana 2014 and 2015, but to mention a few.

Her mission in life is to “help create a world of possibilities, especially for children and the youth by encouraging them to believe in themselves, pursue and achieve their dreams, hence the establishment of the Berla Mundi Foundation in 2015. She lives by the mantra “when they tell you ‘you can’t’ don’t just tell them why you can….SHOW THEM’. She’s a product of Ghana’s premier tertiary institution, University of Ghana with a first class degree in Linguistics and Psychology. She also studied French at Alliance Français.

In this article:Berla Mundi, Most Influencial