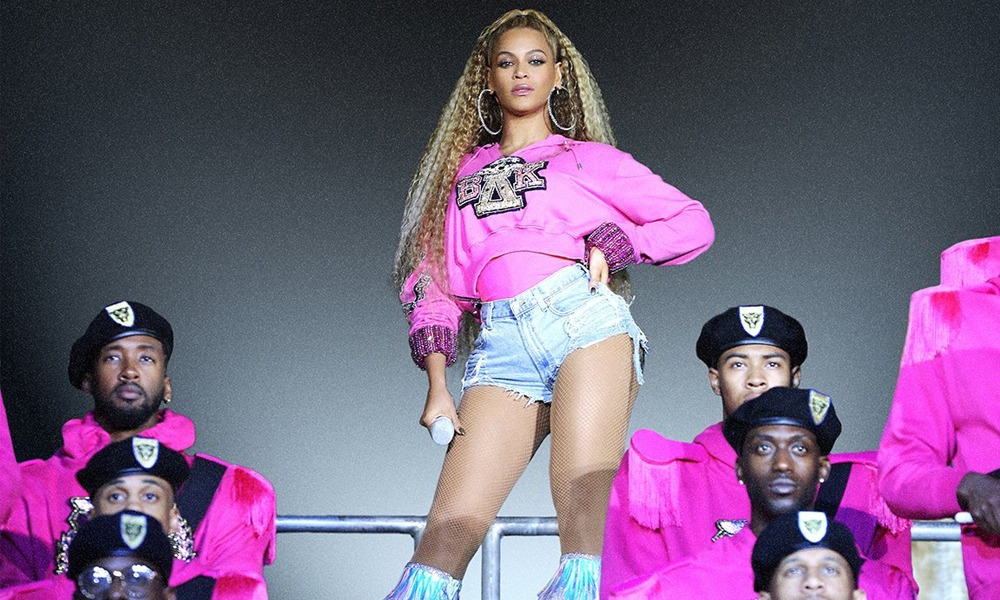 Just before Coachella was rechristened Beychella, Beyoncé Knowles and Balmain creative director Olivier Rousteing had an idea. It happened in a rehearsal, while Beyoncé and her dancers were practicing in their Balmain-made looks inspired by the marching band uniforms of America’s historically black colleges and universities. It clicked: Why not make a Beyoncé x Balmain collaboration that could make those poignant graphics available to all of Bey’s fans clamoring for a piece of history?

On Friday, July 13, Balmain will launch a three-piece Balmain x Beyoncé collection in its Paris flagship, with the items going on sale on balmain.com and beyonce.com the following day. Comprised of the yellow and pink sweatshirts Beyoncé wore on stage at Coachella, the collection also includes a black tee with the same sorority-inspired graphic.

Proceeds from the collaboration will benefit the United Negro College Fund, following Beyoncé’s $100,000 donation to four historically black colleges after her Coachella set. “The donation was the main goal of this collaboration,” says Rousteing. “We don’t forget where we come from. This is really, really important – I come from an orphanage, you know. I think there is something really emotional about our collaboration.”