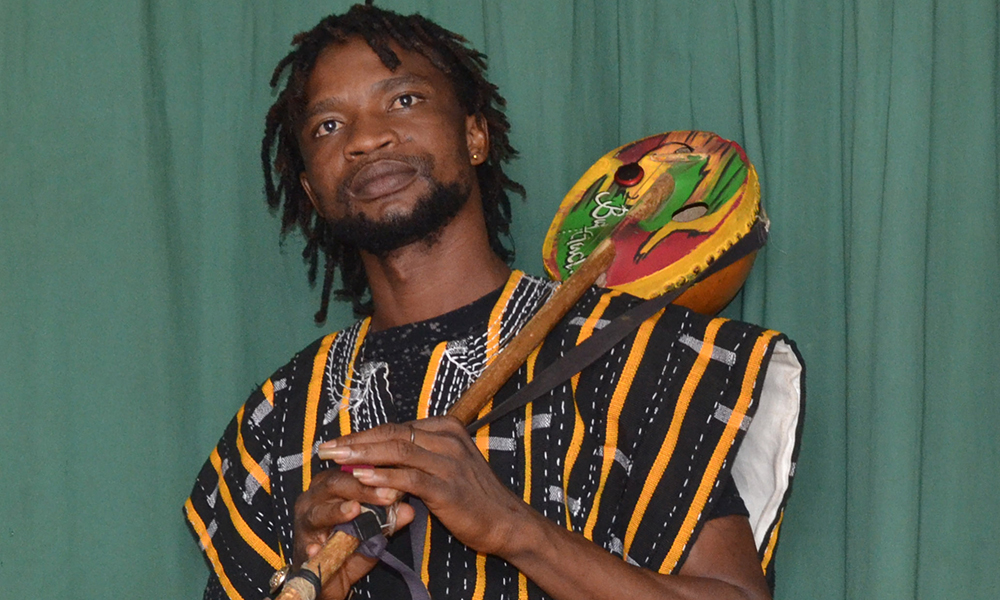 Following the success of kolgo players like Atongo Zimba and King Ayisoba, another kolgo player has arrived on the scene with his debut single, ‘Mi Ye Te Ni’, which is a fusion of traditional kolgo rhythms and afrobeats. The song features an Austrian rapper Kravali.

According to Gad Nmabia Agure aka Big Gad, he has been working on his art since his youth however, it was ten years ago that he began performing in Bolgatanga and its environs and since then, he has been rapping and playing his kolgo professionally.

Big Gad says he draws his inspiration from kolgo expert King Ayisoba, dancehall king Samini, hiplife guru Sarkodie and hiphop diva Nicki Minaj which reflects in the rootsy, groovy sounds he produces. He notes, “I am here to stay and I will showcase the great rhythms of the North laced with some contemporary grooves to entertain my fans and music lovers.”

Big Gad was discovered by the C.E.O of Nantanga Entertainment Douglas Abalene last year and decided to sign him on to his label. Since then, they have recorded a number of tunes with ‘Mi Ye Te Ni’ as their maiden release.

Douglas Abalene says his outfit Nantanga Entertainment is dedicated to discovering and marketing talents from the Upper East region, an area he believes has more than its fair share of talent. He cites the global exploits of King Ayisoba and Atongo Zimba as examples of what the region has to offer and says the music public should watch out for more from Big Gad and other Nantanga Entertainment artistes.