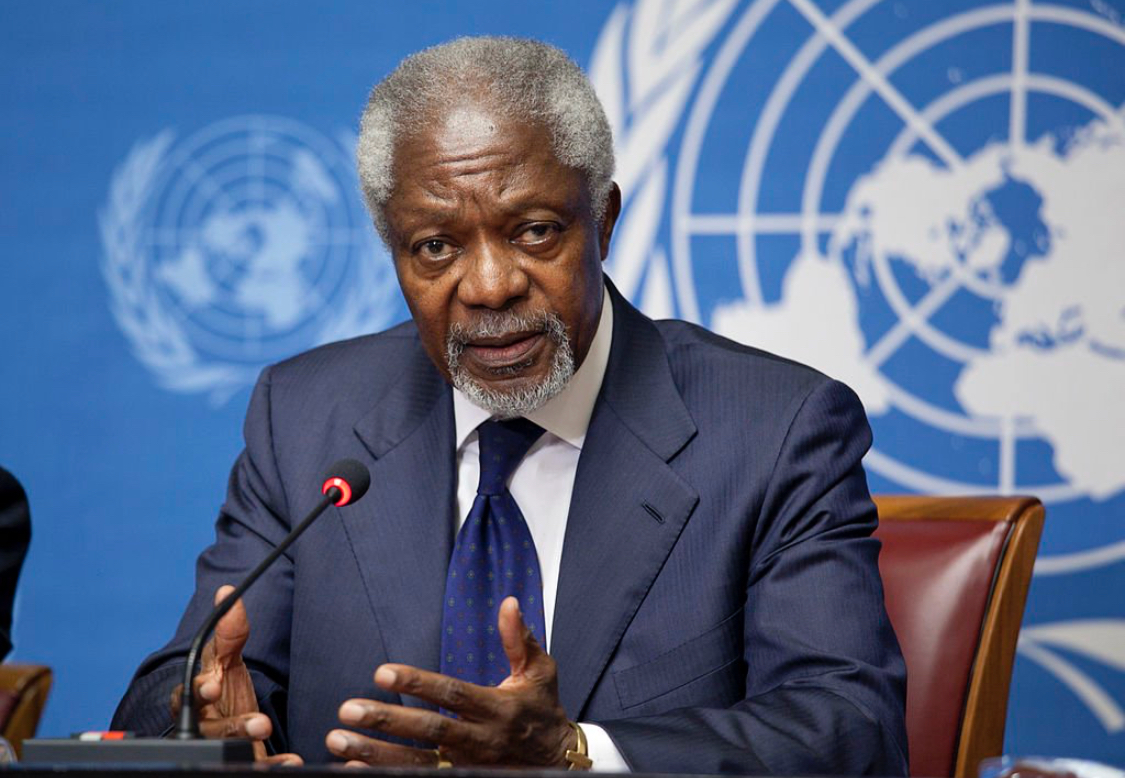 In the early hours of today, 18th August, 2018 a black start (Kofi Anan) was shot down to the surprise of many.

The news of the demise of such a personality who served the world with his all and has always held high the flag of Ghana everywhere was a blow as Ghanaians grumbled to accept the news.

In the confusion of it, a tweet from the Kofi Annan Foundation settled our doubts and we are left with no option than to come to terms with the reality.

The first gentleman of the land has issued a directive that all flags of Ghana should fly half-mast across the country and in all of Ghana’s diplomatic missions across the world, from Monday, 20th August 2018, for one week as Ghana mourns the late Kofi Annan.

Mr. Annan was the first black African to take up the role of the world’s top diplomat, serving from 1997 – 2006 and also served as the UN special envoy for Syria.

The astute diplomat who died at age 80 after a short illness has set the internet agog as tributes pour in from all angles.

Below are the reactions of some  celebrities.

To live is to choose. But to choose well, you must know who you are and what you stand for, where you want to go and why you want to get there. – Kofi Annan.

R.I.P sir. A shining Black Star is no more. pic.twitter.com/QvEtcS6sM3

Your humility and dedication to work will fondly be remembered. You made Ghana and Africa proud. Rest in perfect peace Sir. 🙏🏿 pic.twitter.com/WLmKzOXCwf

Deeply saddened by the death of Kofi Annan. He's always been a constant inspiration for us to go further and reach higher.

You made Ghana and indeed Africa proud after becoming the first black African to head the United Nations.

Thank you for everything, Sir!

Your name lives on! pic.twitter.com/XBzSKaK6hK