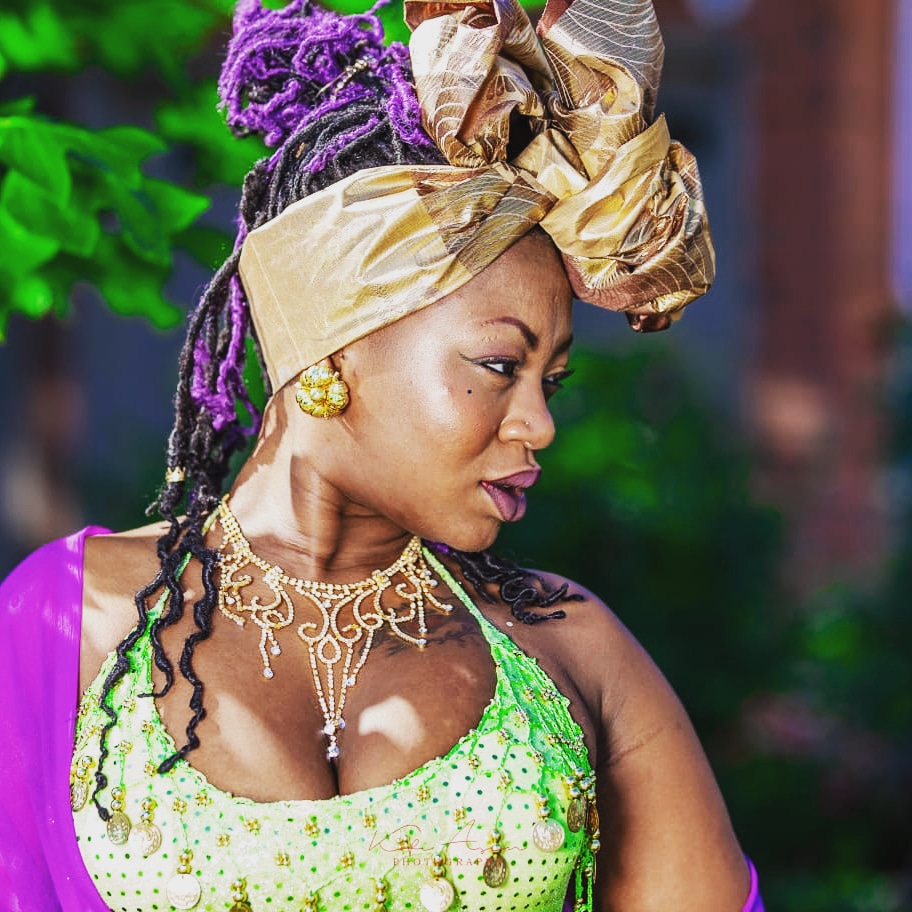 Born in Montreal Canada to Muslim Ghanaian parents, growing up wasn’t easy for Salamatu Djenne, an Afrobeats singer based in Toronto Canada. Her experience in music especially from her father made her fall in love with music, and from the age of six she has been involved in entertaining people in Canada and all around the world.

She has struggled after the demise of her supportive father expressing herself through music. After visiting Accra with her mother, her mother returned to Canada leaving her behind off to Asamang to a bitter sweet experience here in Ghana.

Eventhough she was an Islamic scholar teaching in mosques in Canada, Salamatu stopped wearing her hijab and other stuff relating to her family religion, despite her love for the culture. She started going to church leading praise and worship for many high profile programs, with support from the community and school board being featured in Magazines, Newspapers, traveling and winning competitions.

At the same time reading and learning extensively on African history and Psychology books just to come to terms with understanding the world and the treatment of her family here and in Canada, which later saw her living at the orphanage at some point till she was rescued by the Canadian embassy and flown back to Canada.

Since her return to Canada, shes been working very hard keeping her feet through times with her God given talent doing gigs with motivation from artist like Mugeez, SlimFlex, Eno, and Stonebwoy, while singing back up and dancing for culture force Band performing Fela Kuti Songs. She also spoke about legends such as Awurama, Kojo Antwi, Lumba and many more.

Her Singles which she sings and raps in English and Hausa, True Love and Superstar ft Gariba has made some waves, and has shot two videos African relief and 911 produced by Master Garzy

She is currently working with to release her debut Album, her choice of lyrics and content is based on her love and perception of the oneness of God. She started recording not long ago but have seen the success by numbers on instagram she admires so much.

She is determined to make an impact with her music as she feels the time is now to show the world what shes made of.
Check out her videos below