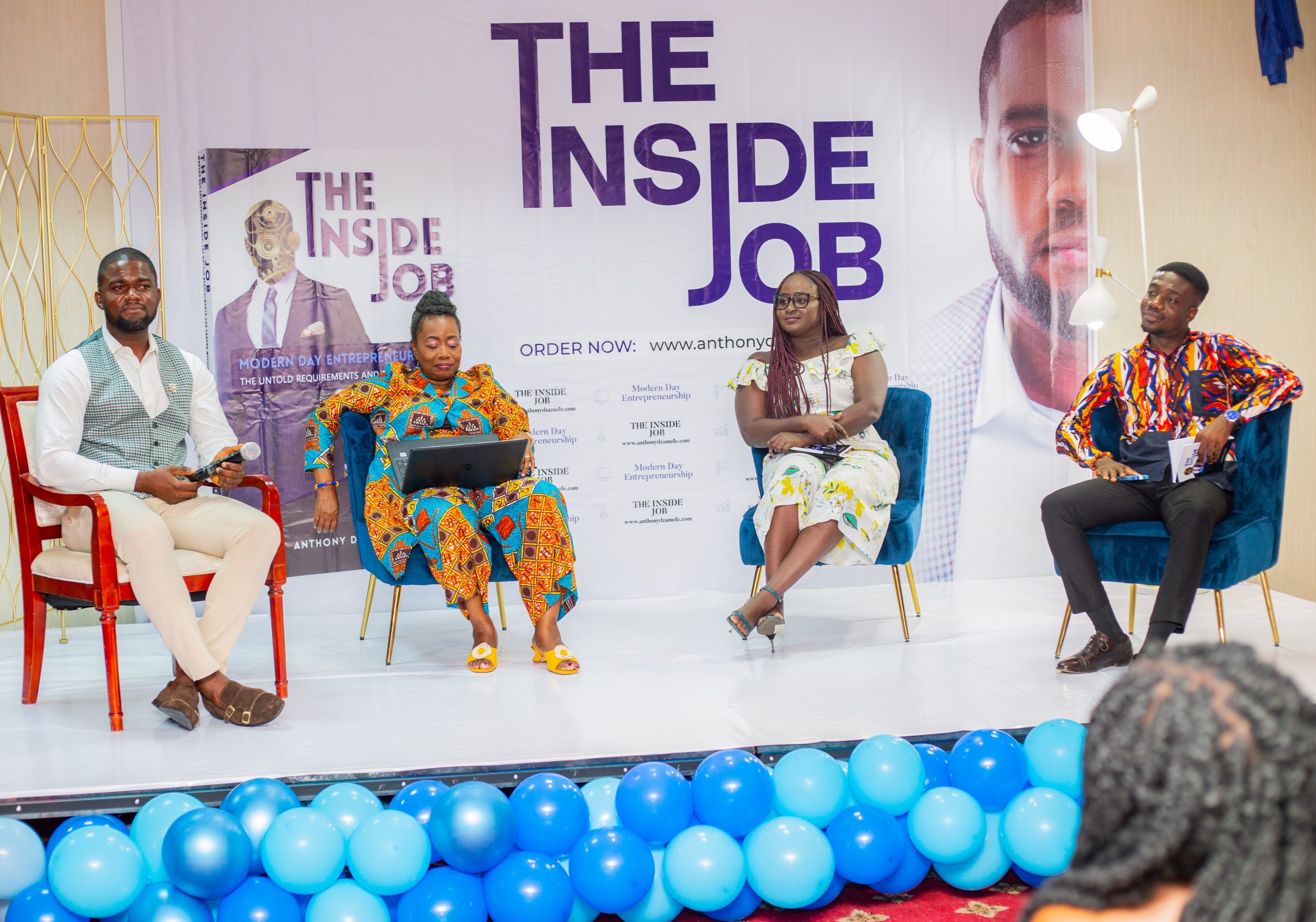 The Founder and CEO of the globally endorsed watch brand, Caveman Watches, Anthony Dzamefe, has launched his first book, “The Inside Job,” to reveal the untold truths within the entrepreneurship journey.

Speaking at the book launch on December 12, 2021, he said the book is for everyone who is keen on not just starting a business, but sustaining it and turning it into a generational brand that will have major value.

The book shares the key experiences of Anthony Dzamefe and also lists out tips he has picked up along the way that have served him and his businesses well. In the book, Anthony recounted how a simple phone call to EIB Network’s CEO, Bola Ray landed him a free promotion and endorsement from the Senegalese-American singer, record producer and entrepreneur, Akon.

He narrated that, the free promotion boosted the international image of his business. “Our goodwill grew and it was reflected immediately in sales. Just like that. All because I made a phone call”

Anthony Dzamefe knows very well the struggles of being an employee at a job that lacks the satisfaction one is looking for. He is also very familiar with the struggles of self-doubt and the mistakes that plague entrepreneurs as they set out to create something of value.

He has grown his business from hawking watches into an internationally recognised brand and still has much planned for the years ahead. Anthony Dzamefe was recently awarded the 40 under 40 awards for innovator of the year.

In this article:Business, Caveman Watches, Ghana, The Inside Job