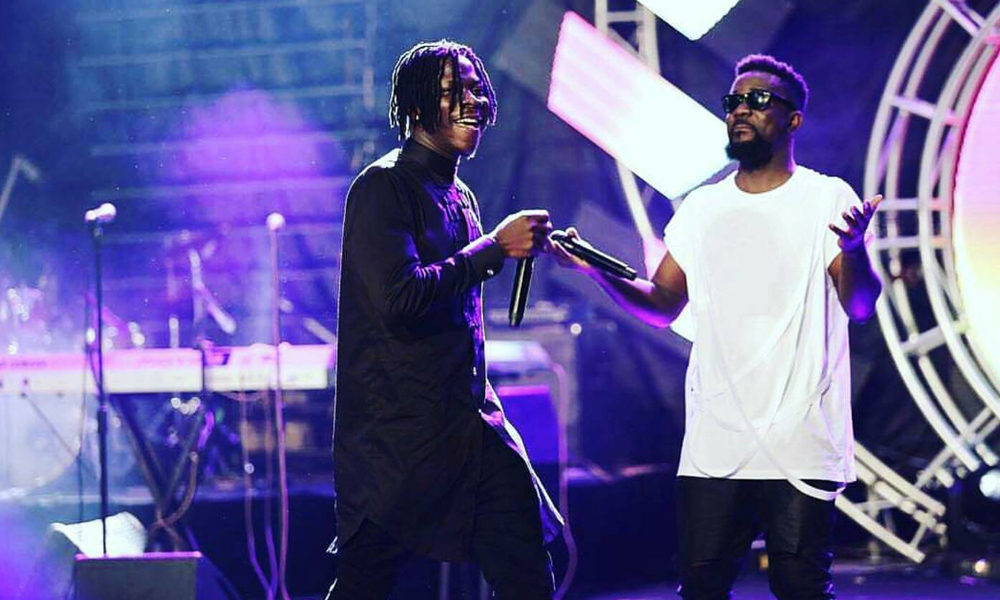 One Africa music fest is the biggest music festival which over the years has been responsible for bringing together musicians across the African continent, the previous editions were held at Dubia and New York but the 2018 Dubia edition was marred with seatbacks as Africa’s most decorated rapper, Sarkodie couldn’t perform on the night due to a mess up back stage that the rapper had to apologize to his fans and so did organizers to the king of rap.

The 2018 edition was held at London as the SSE Arena, Wembley played host to the crème de la crèmes of African music. Sarkodie and Stonebwoy represented Ghana and delivered a core performance to which the fans who were gathered to the brim couldn’t resist but to jam with.

Sarkodie who came out on the night looking all trendy but African ceased the moment to reiterate his name and authority with his peppy performance. The Honcho of Sarkcess music after his performance took to his Instagram page to post a video of how he nailed it and gave shout outs to his brother Stonebwoy who also represented.

Stonebwoy who was privileged to be the only reggae-Dancehall Artiste on the bill served a super performance and left the audience wanting more cancelling his debt with respect his performance at the best of the best music fest which was greeted with backlash to the extent that his label mate and archrival had to come to his rescue. What got me smiling from ear to ear was his dancers who came out wearing his Bhim shirt.

Spotted in the crowd was Wizkid and Tiwa Savage who were not billed to perform on the night but came out to support, their togetherness at the event just reiterates rumors of the two being intimate. Wizkid later joined Wande coal to perform “Soco” and paid respect to his former label boss Banky W.