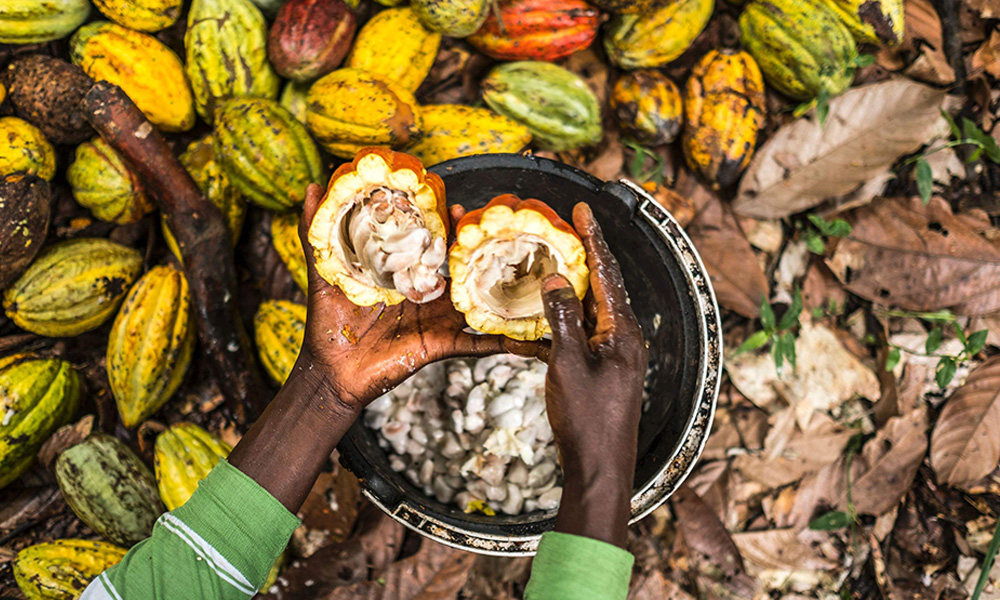 Cocoa recovered some of its previous week’s losses, as favourable climatic conditions in top grower Cote d’Ivoire appear to have faded.

With less rains recorded in recent times in Cote d’Ivoire, the availability of the soft crop on the international commodities market was suppressed.

Coffee, however, declined, as signs of a bumper harvest in top growers Brazil and Vietnam forced market participants to roll out of the September contract into the December contract.

According to analysts, the US dollar, which appears to be the sole gainer from the ongoing uncertainties, was likely to make the commodity relatively expensive for non-dollar holders, as a result reducing its demand.

Brent crude oil thus dropped by 35 cents to settle at US$72.86 per barrel.

Gold dipped after the week’s trading, despite a strong rebound on the last trading session of the week.

Last-minute gains of the yellow metal, on the back of investors’ risk aversion towards the unceasing attempt by the US President in imposing tariffs on advanced and emerging countries, failed to fully cancel losses.

The week’s auction ended with the yield on the 91-Day T-Bill trimming by a basis point to 13.30 per cent.

However, interest rates on other treasury securities remained the same.

The government accepted all the GH¢456.75 million bids tendered at the week’s auction. That fell below the intended target of GH¢528 million, with the 91-Day T-Bill dominating the government’s purchase with 83.95 per cent share.

The yield curve sustained its normality, despite the rate adjustment on the short-dated treasury securities and the relative higher yield of the three-year bond over the five-year bond.

The Ghana Stock Exchange (GSE) logged another positive weekly closure, amid elements of uncertainties steaming from the banking sector.

The collapse of five domestic banks being consolidated as one, as well as the revocation of the licences of the UT and the Capital banks by the central bank in the space of one year, raised red flags among investors.

The market indices, however, closed positive on the back of strong earnings report posted by most listed companies on the local bourse.

The GSE Financial Stocks Index also increased by 1.08 per cent to an index level of 2,694.69 points, corresponding to a year-to-date return of 16.62 per cent.

This represents a 31.11 per cent decline over the previous week’s total traded volume.

CAL Bank was the most actively traded stock, as it accounted for 23.18 per cent of the total traded volume.