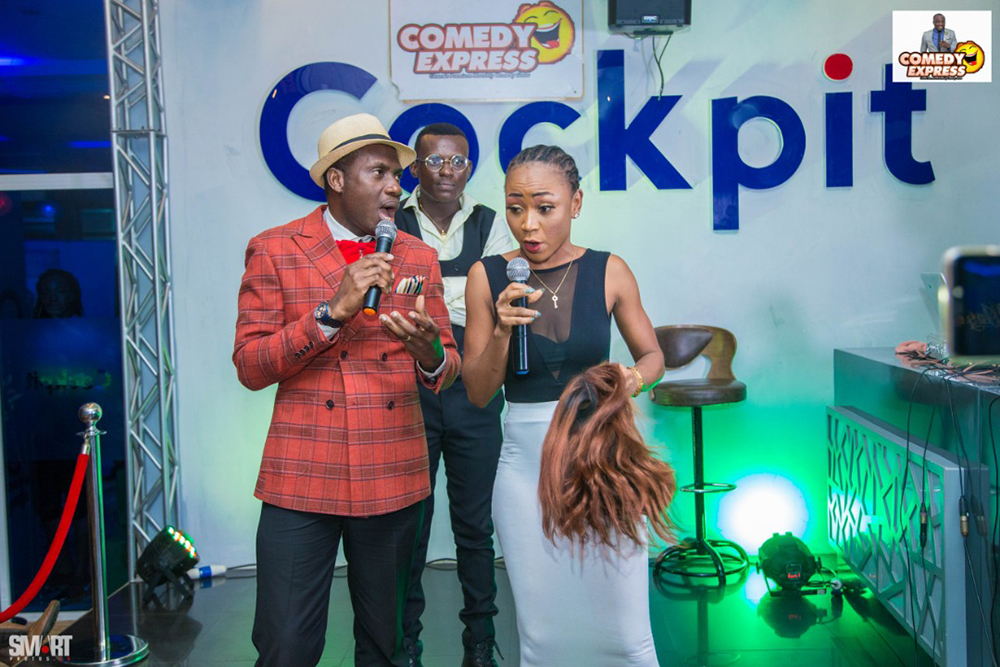 Another exciting edition of Comedy Express happened over the weekend and it was all fun a patrons who troop in had the night of their lives. With an amazing line up of acts, the night was nothing short of utter brilliance climaxed with such much hilarity. The show which was dubbed “Adult Jokes 2” lived up to expectation as each all jokes performed by the billed acts were targeted for matured audience. Justice was done to the theme of the night and many of the patrons couldn’t help but laugh hysterically at the hilarious “Adult Jokes” each comedian shared.

Performances on the night were solid, the open mic acts each had impressive performances which shows how bright the future of comedy in Ghana is. DKB, Comedian OB, Khemikal, Id James Brown, Teekay, Comedian Waris, MJ the comedian, in turns brought the roof down with their rib splitting performances. There was also musical performances by Fresh One and Kobo Africa respectively to serenade the audience.

It wasn’t all laughs at the comedy show though, there was a little education that went on as well as celebrated and controversial Counsellor; Counsellor Lutterodt took centre stage to educate those present the secret to having a healthy sexual life. Even though it was a comedy show, the entire evening climaxed when Rosemond Brown aka Akuapem Poloo face offed with Counsellor Lutterodt live on stage, they went back and forth about many interesting things which led Ms Poloo to say the reason the counsellor doesn’t like her is because he (Counsellor Lutterodt) has a crush on her.

Comedy Express night was a very enjoyable one. There were lots of giveaways by partners of the show. Each patron got a bottle of DJ sparkling Champagne, a bottle of Tesori Perfumes from Italy and a pack of the new Unidus Condoms with climax delay cream. Don’t miss the next show coming off on March filled equal crazy fun. Booking lines are active on 0571241341.