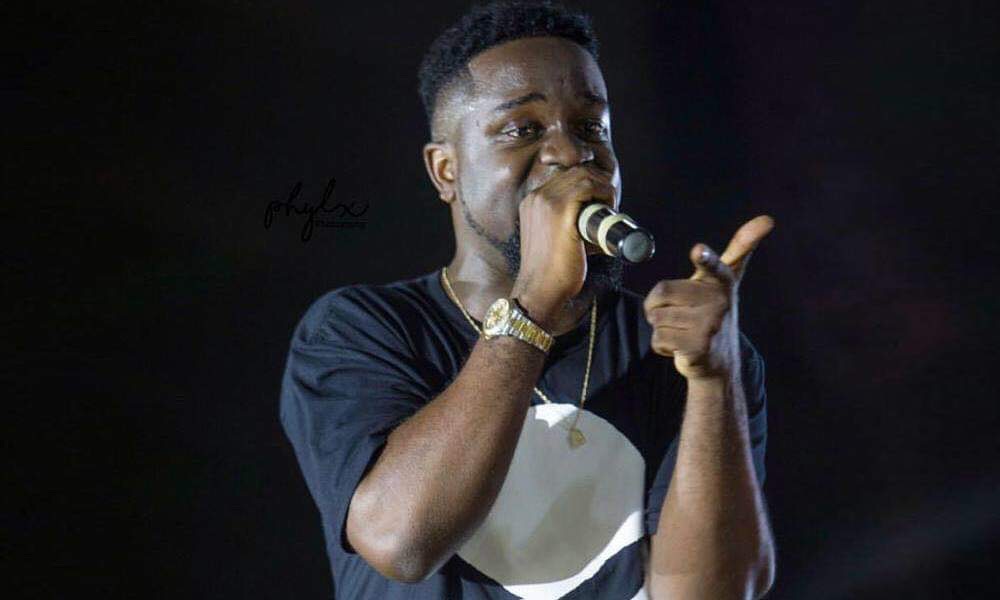 The most decorated rapper in Ghana and well celebrated in Africa, yesterday turn heads with his performance at the Glo Music fest and left everyone talking and re-affirming why he is the King.

Sarkodie on the night appeared on stage in an all black attire looking dapper but left one thing; his wedding ring. The rapper who recently got married to his Baby mama Tracy was seen for the first time without his wedding ring on such a big stage. What could be the reasons behind this act?

This act now opens up the Pandoras box for allegations and flooding in of opinions on if or not all is well between him and his newly wedded wife Tracy.

This could sound as a lame opinion, but this is Ghana, where wearing one speaks a lot and going without one says otherwise.

A little digging into the matter popped up some very interesting reasons why celebrities wear and don’t wear rings. Below are the reasons; spanning from Health related issues to infidelity.

Many people who use their hands for work – regardless of the type of work – don’t want to build up the calluses that rings inevitably cause. While others find them uncomfortable. Others are afraid they’ll lose them and surprisingly, some simply don’t buy into enforced symbolism; wearing rings to show the world they are married.

Notwithstanding the above, Jeanne Safer, a psychotherapist in New York shared an opposite viewpoint, saying, “I think they’re making a statement by not wearing one, It may unconsciously signal availability for adultery, either actually or in fantasy.”

Could Sarkodie be scared of loosing his ring, having issues with his wife, not feeling like wearing it or preventing calluses that rings inevitably cause.