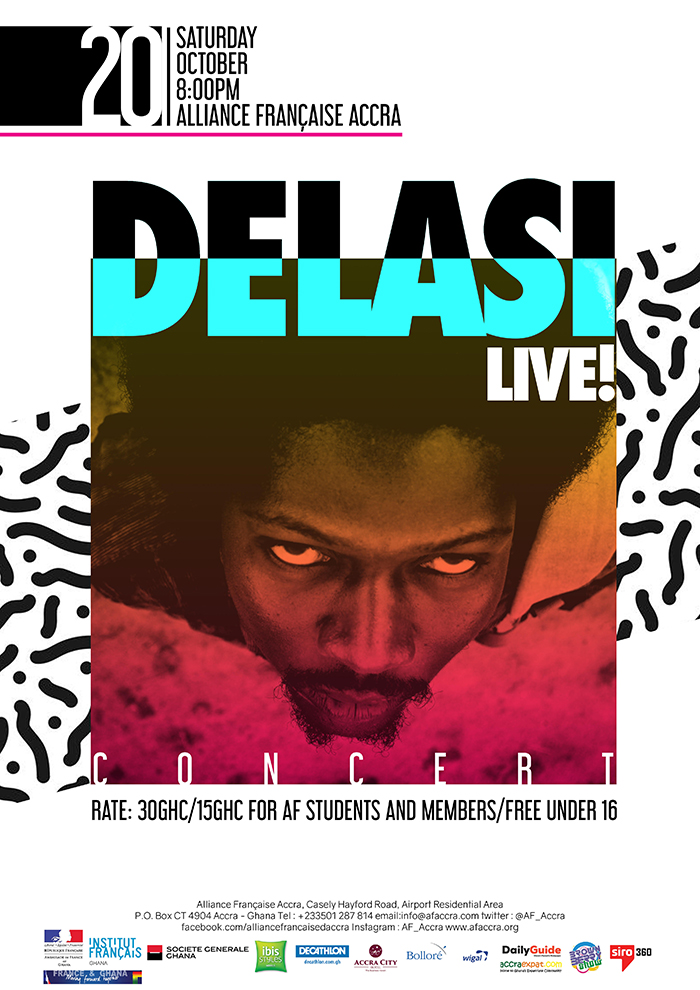 Nicknamed an “ambassador of modern African music” (beehype), Ghanaian singer/songwriter, Delasi brings to the stage his signature African rhythm fused with Hiphop and Soul. His smooth rich voice and music themes will draw you into his introspective world.

Delasi’s many talents manifest in prophetic and conscious artistry ranging from energetic performances, youth development workshops, community activism, and, most importantly, his music. However, his social and political consciousness extends beyond his music. He has served as guest lecturer at the University of Ghana, gave voice to local Accra youth to write and perform songs about the issues impacting their lives through the “Unheard Voices” project, and led similar workshops in Kenya through the US Department of State.

His most recent project, #ThoughtJourney, is a fusion of traditional Ewe music, soul, and hip-hop from the modern African male consciousness that has been hailed by Afropop Worldwide, Pulse, and Up Nairobi, among others. He has also performed on international stages including the HIFA Festival in Zimbabwe and the Arbeitsamt Sommerfest in Berlin. He recently completed a month long plus art residency in Morocco where he performed at the Alhaouz Festival.

On the Saturday, 20th October 8pm, he will be performing live at Alliance Francaise Accra and will be supported by the funky Ghanaian trio Senku band. Also performing will be the Songstress Yaaba ‘Girl with the Golden Voice’ and Ghana’s gifted trumpeter and saxophonist Peter Somuah.

Brace yourself for a night of delectable music!
Rate: GHC 30.00 for Adults, GHC 15.00 for AF students and Cultural Members. Free for children under 16yrs.