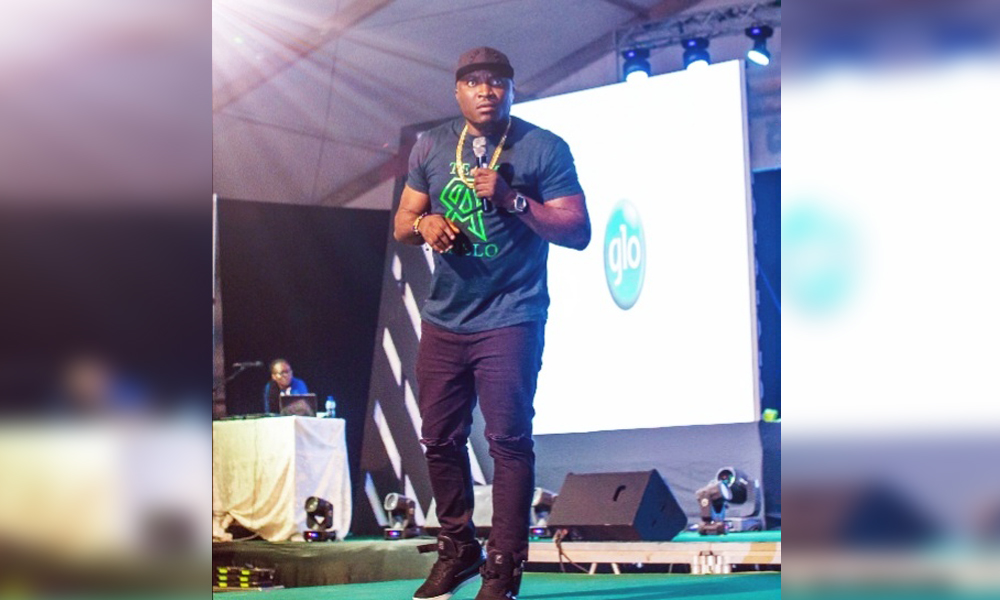 Glo Lafftafest was held over the weekend at the Fantasy Dome, Trade Fair. It was one of the highly anticipated events this month; everyone couldn’t wait to catch a laugh from the top comedians billed on the night.

Part of those who performed was Ghana King of Comedy, DKB. As part of the comedians from Ghana billed to perform, he had a point to prove and like what we have become used to, he didn’t disappoint. The King as he is referred mostly, mounted the stage as the last Ghanaian to perform and needed to leave a big a statement and his output wasn’t anything short of flamboyance.

His performance on the night was super amazing, he cracked up the entire audience and it was epic to say the least. Talking about trending issues, DKB changed the narrative a little bit hitting on the stereotype about him; his head. In a video that has made rounds on social media, DKB is seen making fun of his “Cute Head” which was very hilarious. The several bouts of thunderous applauses during his time on stage says it all.

Others who performed on the night were Bovi, Gordons, Foster Romanus, Jacinta, Seyi Law, Salvador and Basketmouth. Who each had a wonderful performance time, in all it was a very great gathering for a good laugh.

, Comedy Express the monthly comedy show DKB features on comes off every 1st Friday of every month. The next show is on September 7th. To get advance tickets, Call/ Whatsapp the tickets hotline 0571-241-341. You can also catch the show on TV every Thursday at 7:30pm only on Joy Prime.