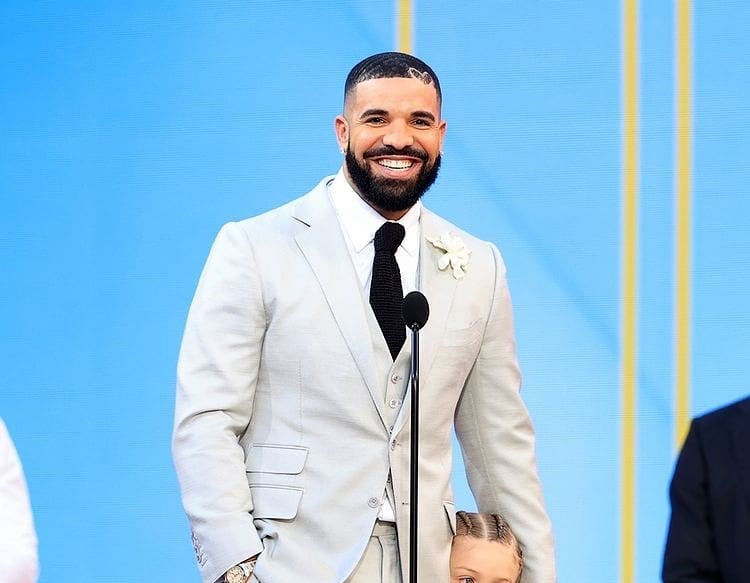 On Sunday night (May 23), Drake accepted Billboard’s Artist of the Decade Award at the 2021 Billboard Music Awards.

Honored at the Microsoft Theater in Los Angeles, Drake’s OVO team, along with his parents, presented him with the prestigious award. His manager, Future the Prince, had glowing praise for the self-proclaimed 6 God, labeling him as “the most kind, selfless, generous person we know.”

After viewers watched a montage highlighting his lofty achievements, Drake sauntered onstage with his son Adonis by his side. He presented him the award and then humbly discussed his journey to greatness.

“I’m really self-conscious about my music, and even if I do a good job, I always wonder how I could have done it better,” he said. “I rarely ever celebrate anything. And just for anyone watching this wondering how this happened, that’s really the answer — it’s being so unsure how you’re getting it done that you just kinda keep going in the hopes of figuring out the formula.”

He added: “I know I’ve spent an incalculable amount of hours trying to analyze all the things that I’ve did wrong, but tonight for once, I’m sure as hell we did something right.”

Headlined by his nine No. 1s on the Billboard 200, with his latest coming in 2019 (Care Package), Drake’s dominance began in 2010 with his debut album Thank Me Later. On the Hot 100 side, he banked six No. 1s during that span and shattered a bevy of chart records, including the most Hot 100 top 10s (45, to-date) and overall entries (232). Drake’s supremacy earned him the crown on Billboard’s Top Artists of the 2010s chart.

In March, Drake became the first artist to enter the Hot 100 chart at Nos. 1, 2, and 3 simultaneously, with “What’s Next” leading the pack. “Wants and Needs” debuted at No. 2, while his Rick Ross-assisted track “Lemon Pepper Freestyle” landed at No. 3.

The Billboard Music Awards are produced by dick clark productions, which is owned by MRC. MRC and Penske Media are co-parent companies of Billboard.

In this article:Artiste Of The Decade, Awards and Ceremonies, Billboard Music Awards, Drake, Featured, Music News