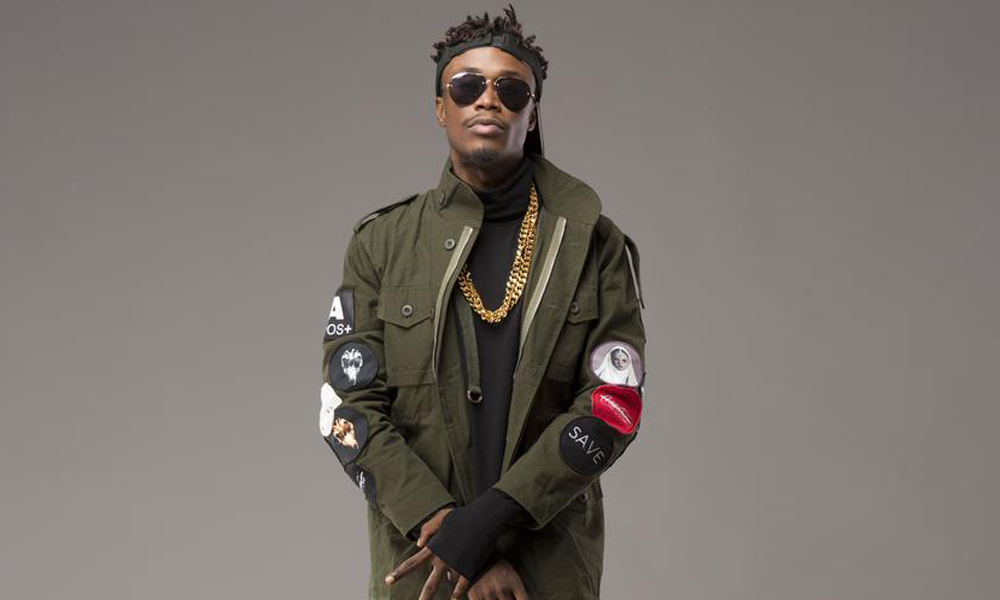 EL grew up in the largest estate in Dansoman. He first attended St. Martin De Porres School in Dansoman where he excelled as a top student and later transferred to Jack and Jill where he completed his Junior Secondary School level.

He then gained admission to the Presbyterian Boys’ Secondary School, where he discovered his musical talent. After high school, he pursued a degree in economics and political science at the University of Ghana, Legon.

During his first year in the university, EL signed to Jayso’s Skillions Records[5] alongside other notable young Ghanaian underground artists like Gemini, Kevin Beats, Killmatic and Lil Shaker, and helped Jayso co-produce the Skillionaires Demotape. However, after graduating from the university, the Skillions broke up and EL became a solo artist. He acquired a studio in Asylum Down and began working on a new mixtape. He went as far as releasing a single, “Chale (So Fli)”, with Jay Foley, Wolf and Kwaku T (remix). However the mixtape was never released.

EL relocated to a better studio at Osu, and invested all his available funds in acquiring state-of-the-art equipment much to the chagrin of family and friends. EL got signed to BBnZ live. His debut double album, Something Else, was released on 1 June 2012 by Akwaaba Music, and is a blend of different varieties of music inspired from various sources.

EL announced he was working a B.A.R 2, releasing the cover art and later dropping three songs ‘All Black’, ‘State Of The Nation’ and ‘King Without A Crown.[11] On 29th August, 2015, he followed up with the B.A.R 2 concert featuring Wanlov, Ko-jo Cue, DJ Mic Smith and more.

EL has produced hit songs for many elite hip hop, hiplife and R&B performers, such as Sarkodie (“You Go Kill Me”, “Dangerous”), D-Black (“Get On the Dancefloor”), Reggie Rockstone (“Rockstone’s Office”), Asem (“Check Your Weight”), Geelex (“Bend Your Body”) and many more.[14]

In 2010 and 2011, EL heralded the Global Azonto Madness by producing most of the hit songs, including “You Go Kill Me”, “Dangerous”, and his own hit singles, “Obuu Mo” and “Kaalu”.