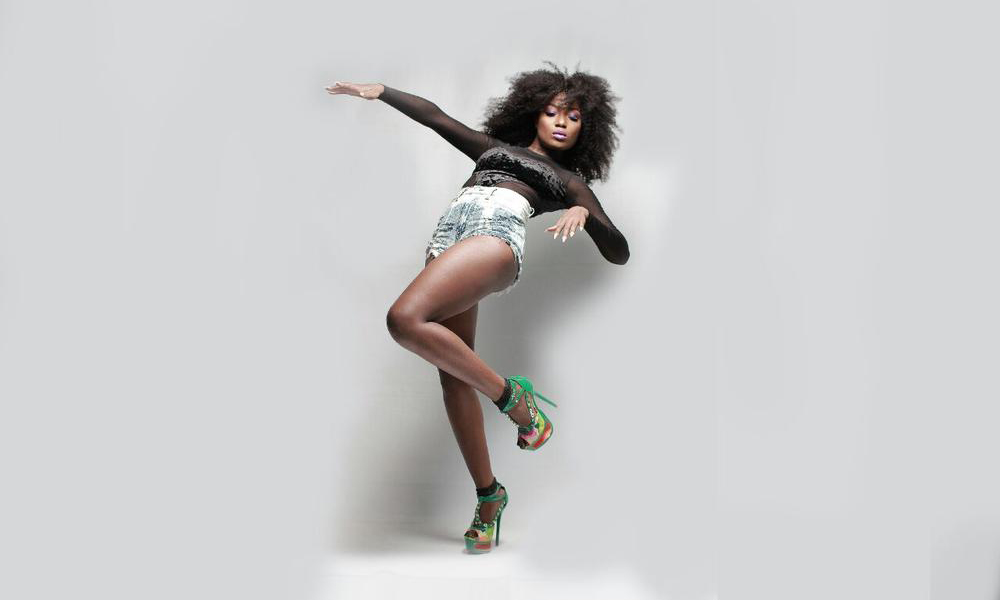 Jane Fara Fauzzier Afia Boafowaa Yahaya Awindor (born April 10, 1987), better known by her stage name Efya, is a Ghanaian neo soul vocalist, songwriter, performer and actress from Kumasi. She is the daughter of Nana Adwoa Awindor, a filmmaker and celebrity host of the late television show Greetings From Abroad.

Efya got her first exposure to fame when she participated in the maiden edition of the Stars of the Future talent show.

She won the Best Female Vocal Performance category at the Ghana Music Awards in four succession, beginning in 2011. Moreover, she was applauded for her performance at the 2013 Africa Magic Viewers Choice Awards.

The mixtape was supported by the singles “Getaway” and “Best In Me”. She is preparing for the release of her debut studio album Janesis, which is scheduled for an October 2015 release. “Forgetting Me”, the album’s lead single, was released on January 11, 2014.

Efya was born in Kumasi, Ghana. She has two brothers and a sister; she obtained her secondary education from Yaa Asantewaa Secondary School.[9] She relocated to Accra when her mother enrolled at the NAFTI film school.

Efya received voice trainings from some of her family members at a young age. She graduated with a degree in theatre and music from the University of Ghana. In 2008, she gained national acceptance throughout Ghana by becoming the first runner up in Charterhouse’s Stars of The Future television show. She lost to Irene Logan, but secured herself a three-year recording deal.

The recording deal enabled her and Irene to do a collaborative album titled Unveiled, which was released in South Africa. Following the conclusion of her recording deal with Charterhouse, Efya continued to record songs and perform at local gigs. She changed her stage name from Miss Jane to Efya prior to starting her solo career.

In an interview posted on Modern Ghana, Efya said: “When I decided to go solo, it made sense at the time to reinvent myself in every way, I wanted a name that was African and unique but at the same time relevant to me in some way. My manager Jimmi helped me come up with the name Efya”. In 2011, she signed a recording deal with One Nation Entertainment.

In this article:Efya, Music, Profile