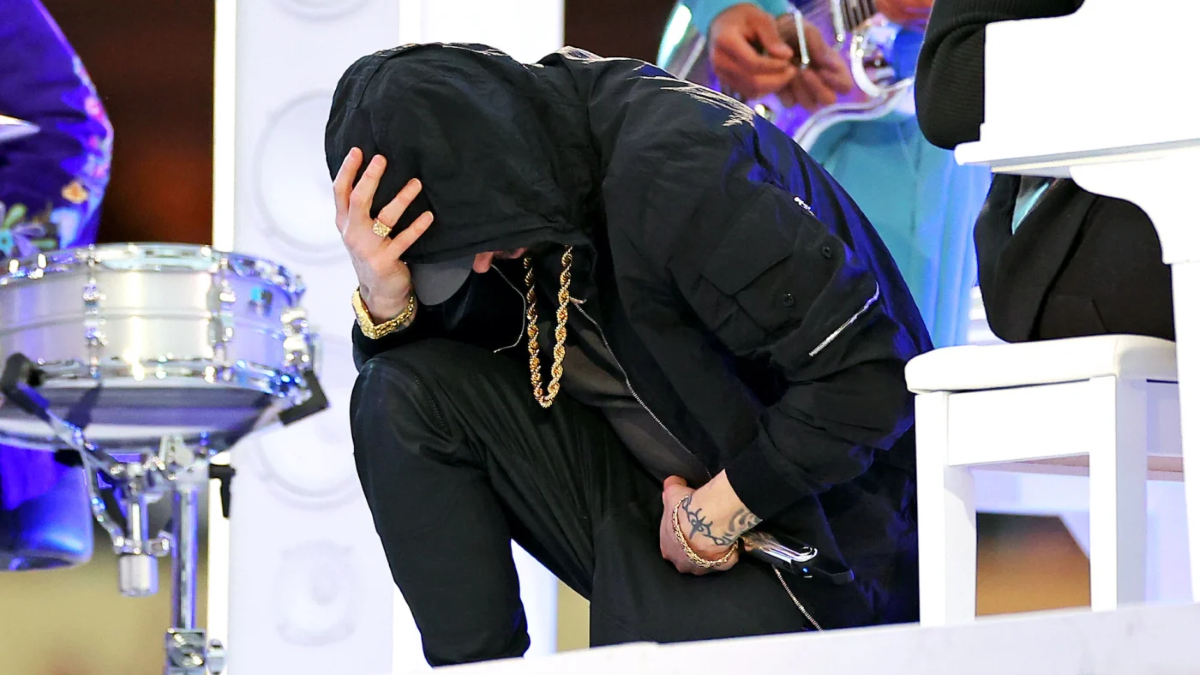 Eminem took a knee on Sunday during the Pepsi Super Bowl LVI Halftime Show at SoFi Stadium in Inglewood following his performance of “Lose Yourself.”

Eminem’s performance of “Lose Yourself” featured Anderson .Paak on the drums.

In a recently published interview with the Los Angeles Times, Roc Nation CEO Desiree Perez recalled the company entering into a partnership with the league on the heels of the NFL facing criticism over the situation with Colin Kaepernick.

“And it was a difficult decision for us,” Perez said. “They were being accused of all these terrible things that we stand against. We had to say, ‘Wow, they’re being boycotted by artists.’ … But we obviously decided for going after what we feel is right and what we think we can do to make change. Let’s say for a second that this was a cynical move by the NFL—they just wanted to use us. OK. As long as we can go in and do things they would not normally do—if we can reach people that we normally wouldn’t reach with a message—then that for us is success.”

Kaepernick, who is 34, last played in the NFL all the way back in 2016 when he was with the San Francisco 49ers. It was also in that year that he kneeled during the National Anthem in protest of police brutality and the oppression of Black people. In other news, it was recently announced that Spike Lee will be directing an ESPN Films documentary that will focus on Kaepernick.

If you missed the Pepsi Super Bowl LVI Halftime Show, or just want to watch it again, head here. Once you’ve done that you can head this way to peep some reactions to the star-studded performance.