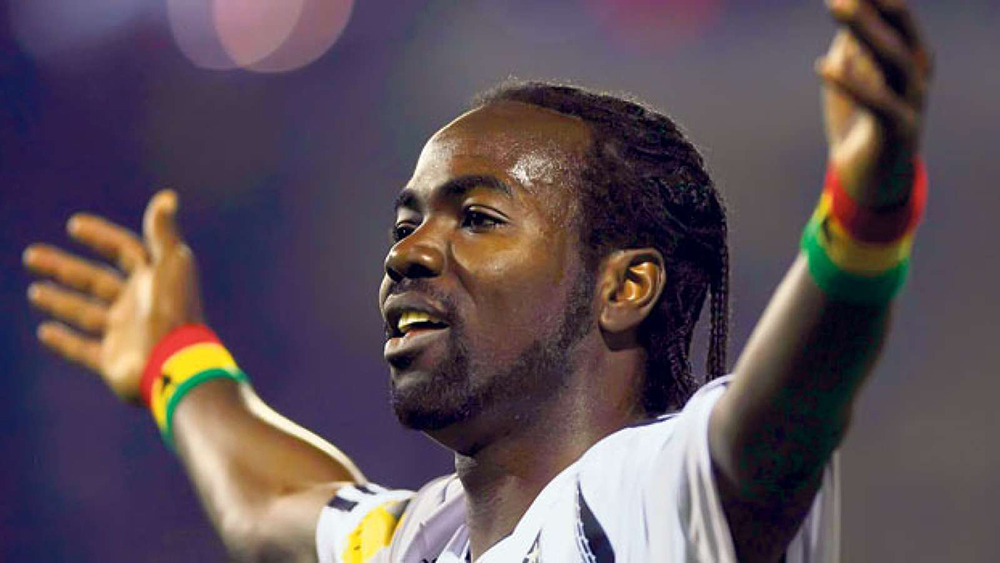 Ezzy Paints has announced that former Black Stars striker, Prince Tagoe is its Brand Ambassador for the season of 2018/2019.

According to a post on the company’s twitter page, Tagoe is their new Brand Ambassador and “official signing ceremony shall follow and be declared in short time”.

Officially #EZZY_Paints announces Ex. Ghana Blackstars superstar #Prince_Tagoe (Prince of Goals) as #Brand_Ambassador for the season of 2018/2019.
Official signing ceremony shall follow and be declared in short time.
EZZY Paints wishes @prince_of_goals all the best… pic.twitter.com/INnBoDiqfh

The well traveled former Hearts of Oak and Hoffenhiem striker who is now in Turkey is expected to use his influence as a star in the game to appeal to the ever growing fan base of Ezzy paints who have been in existence in Ghana since 2005 an action that have seen them win several awards both locally and internationally.

Their love for sports in Ghana have seen them sponsor Ghana Premier League side Dreams FC, as part of their Social Corporate Social Responsibility.

The company operates from the north industrial area in Accra the capital city of Ghana.

The company is managed by a team of professionals who have several years of experience in the paints manufacturing fields and other related businesses.

Our team of professional trained sales and marketing staff are always ready to give a hand of support to assist clients to make the right choice of product from the various products available at Ezzy Paints.