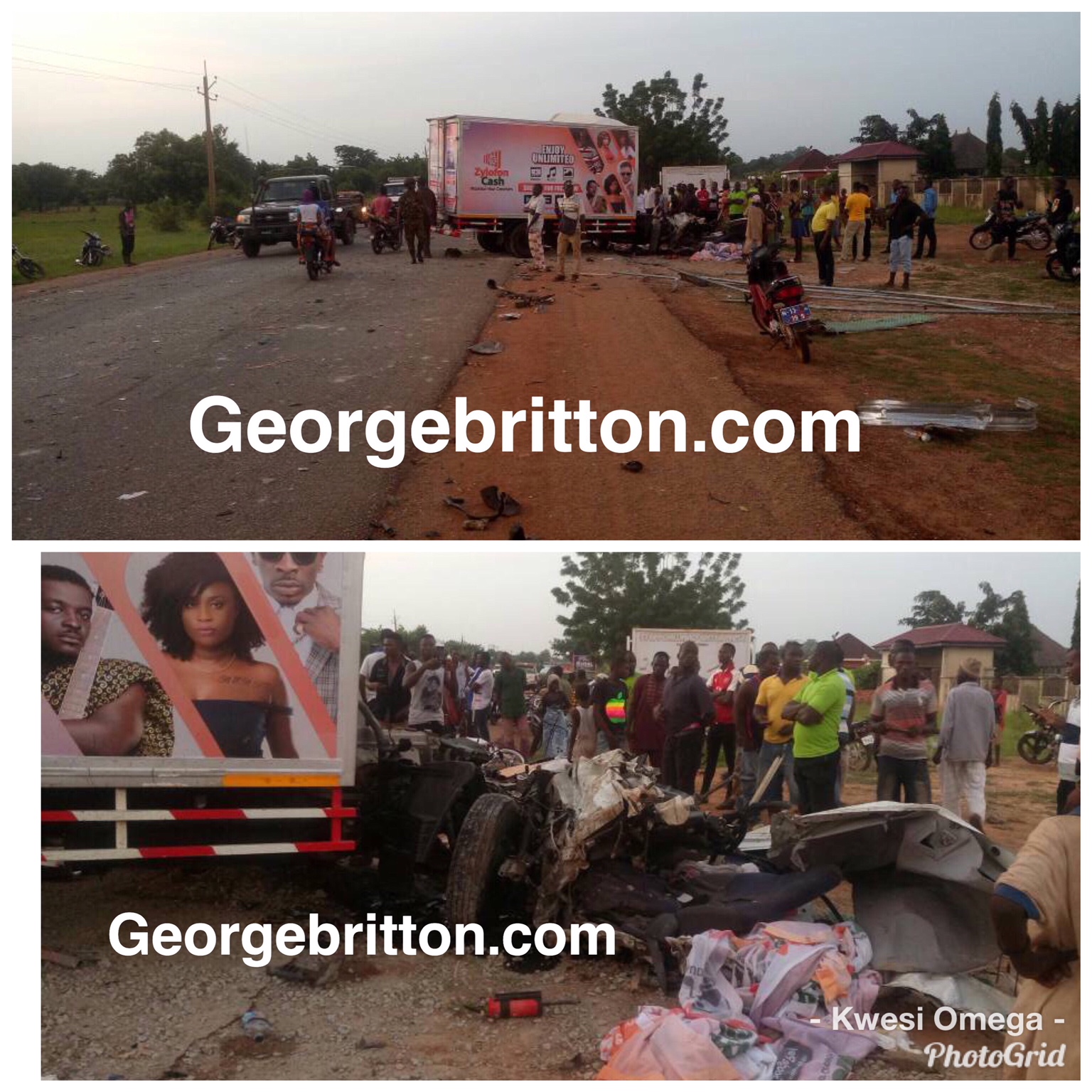 Information reaching georgebritton.com has it that some fans of Musician Fancy Gadam and staff of Zylofon Cash numbering six (6) has been feared dead at Mile 9, a suburb of the Sagnarigu Municipality near Bawa Barracks.

The victims were returning from Bolgatanga in the Upper East Region where they went to bring Patoranking who is billed to perform alongside Fancy Gadam at a concert on 30th June at Tamale.

The information further revealed the cause of accident being the victim’s vehicle crushing with an articulator track that was heading towards Bolgatanga from Tamale.

The mortal remains of the two staff of Zylofon and four motor riders who met their untimely death has been deposited at the Tamale Teaching hospital while others who sustained different degrees of injuries are being treated.