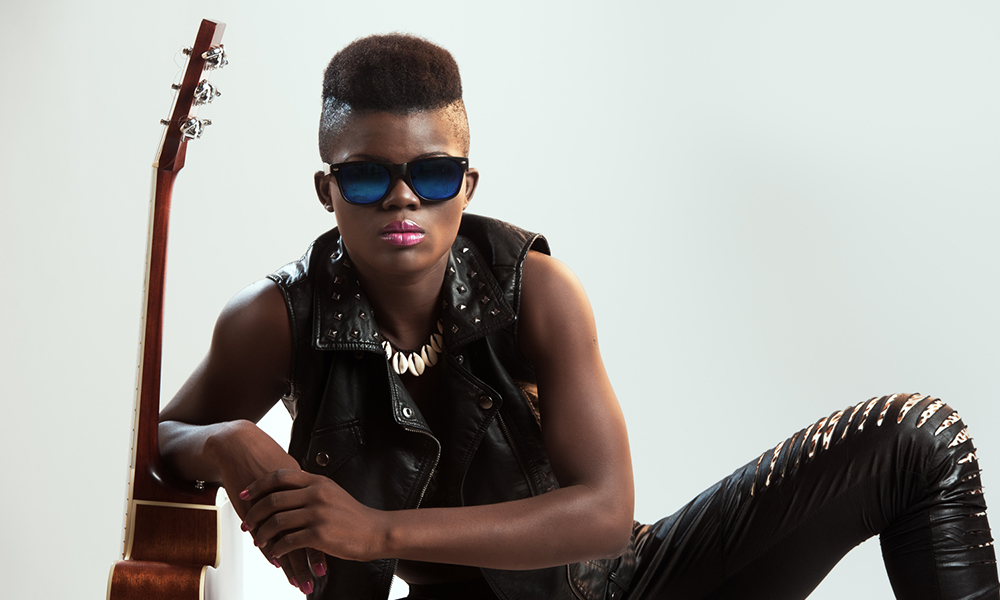 She is one of the finest gems in African music and has stepped into the shoes of the likes of Angelique Kidjo, Miriam Makeba and Brenda Fassie. She performs with incredible energy and great originality and one key feature that sets her apart is her style of dressing.

She goes heavily African with clothing, and jewellery that express her African routes especially the Northern part of Ghana where she comes from with a bit of Western touch.

She is an embodiment of authentic African beauty and is influencing the way African women style themselves. Interestingly, she designs the dresses she wears herself.

Born on 22 December 1986 in Wa, Upper West Ghana. She had her secondary education at Kansec Secondary School and Kanton Secondary High in Tumu. She later enrolled at Accra Polytechnic to study Art and Design.

She made her first appearance on the Ghanaian music scene in In 2009 recording her first album “Tuma” with Echo Soundz Studios. She is managed by Djimba World Records Label. In 2013, she released “Rock My Body” and has since gone on to become a household brand in the music industry in Ghana and beyond.

Her album “Wiyaala”, released in November 2014 performed so well and got her much so recognition. In her music. She beautifully combines Sissala and Waale and English in her songs to produce pieces with contemporary afro touch that leaves listeners in awe.

In 2012, as part of the group Black and Peach, she won first place in the Vodafone Icons Music show.

In 2014, she was awarded by All Africa Music Awards, as the Most Promising Artiste in Africa and Revelation of The African Continent. Wiyaala is a brand ambassador for PepsiCo in West Africa and Converse All Stars ambassador for Ghana since 2014.

She also works in collaboration with UNICEF Ghana and the Ministry of Gender, Children and Social Protection of Ghana in fighting against child marriage, child poverty, health care and environmental sanitation.

She has performed on prestigious platforms across the globe such as WOMAD UK, Shambala Festival, Festival No6, Freedom Festival, Ronnie Scotts Jazz Club, Voices of The Revolution UK Tour, and on BBC’s Radio3 in 2016 advocating for women’s rights.

Wiyaala was nominated “Female Personality of the Year” at the 2014 Ghana’s Fashion Icon Awards and won Best Individual Style Award at the Glitz 2015 Style Awards.

She won Female Personality of the Year at the Sissala Prestige Awards, Youth Achievers Award of the Upper West, and is Music Ambassador for the Upper West region.

Wiyaala is truly a rising star Africa can’t get enough of we pray the Lord takes her to higher heights.

In this article:Fashion, Ghana, Icon, Wiyaala