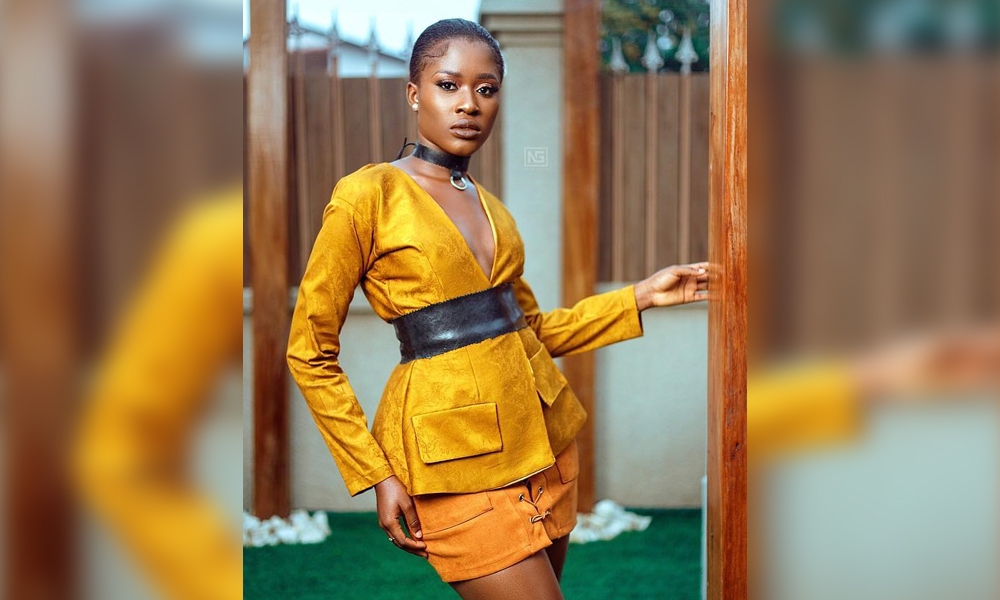 Actress Fella Makafui is denying reports about the closure of her wine shop.

A statement released by her manager, Richmond Amofa Sarpong claim they are “only relocating from the American House Building To another bigger space.”

“Keep Calm and be Advised Accordingly not to pass any comment or judgement.

For Issues of such nature also has serious emotions attached.

Since when did ladies deserved to die or suffer in relationships all because the man has bought them a private jet and that because of that they can’t free themselves to stay focus on their talent. [thats if we are to believe this fake news]..

Isn’t this even a clear vindication that She didn’t after all sleep with men to acquire her hard won shop but it was a project with her man who they have dated for five years [thats if we are to believe this fake news].. and not that she does men…

people should treat this story with a big laughter … For Now Let’s All Not Judge Base on what we are told always. The rule of Natural Justice requires Judgment or Conclusions after both sides are heard.

And so far as we are concerned we are only relocating from the American House Building To another bigger space.

Ghana Should get ready for a big announcement from us tomorrow for a bigger project which will take place on the 30th of June….

Fella Is More Focused and Determined To Be That Inspiration For All Hardworking Ladies. Our Women Should he Treated With Respect ✊ and Appreciated… This fake news could Happened to another close female you know or a family member..”