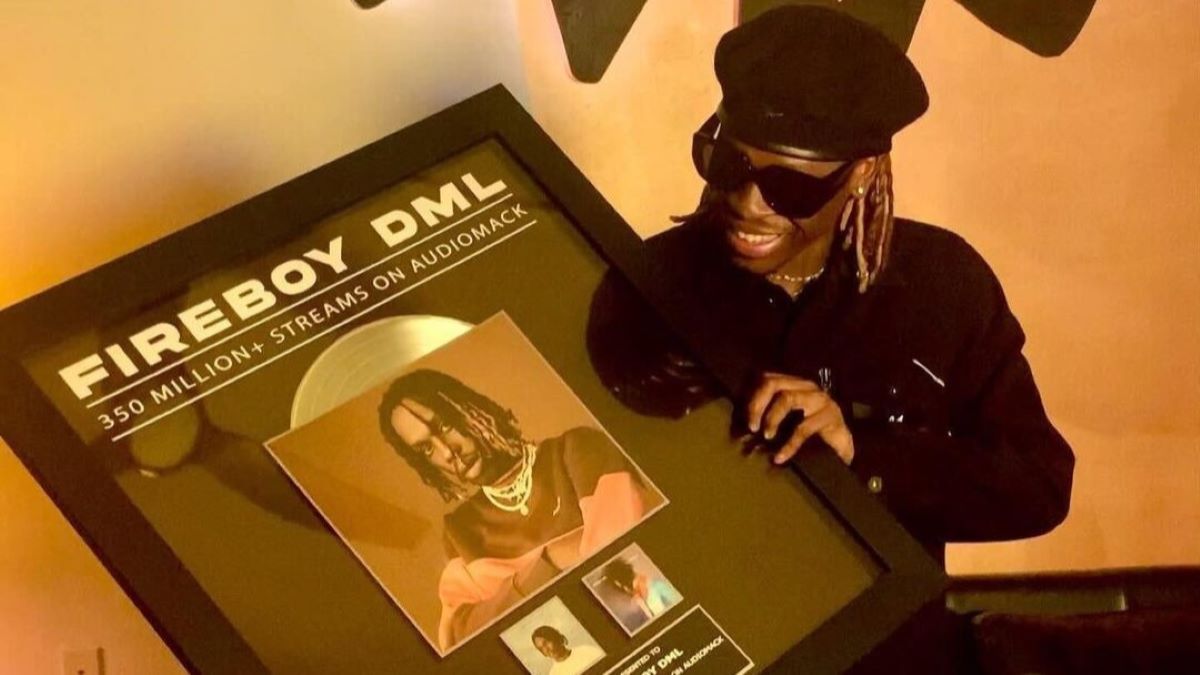 Nigerian Afrobeats musician Fireboy DML has been awarded with an achievement plaque from Audiomack for surpassing 350 million streams on the music streaming platform.

“In less than four years, Fireboy has made a mark in both the local and global music industry and we are very excited to commemorate the incredible feat of over 350 million streams on Audiomack,” Audiomack vice-president for marketing and brand strategy Jason Johnson said from New York.

Fireboy DML made remarkable progress following the release of his breakthrough single ‘Jealous’ off the YBNL MaFia Family compilation album in 2018. This was followed by his debut album Laughter, Tears and Goosebumps, which racked up 153 million streams on Audiomack, and his sophomore album Apollo, which features hits like ‘Champion’ and ‘Tattoo’. Apollo has amassed 154 million plays on the streaming platform. The rest of Fireboy DML’s streams were generated from standalone singles.

Johnson said: “At Audiomack, we believe in acknowledging and awarding talents for the milestone they have achieved in streaming and our goal is to highlight the hard work artists are putting into their careers digitally and the contributions of supporting stakeholders including management teams, fans and industry players like Audiomack.”

Fireboy DML, born Adedamola Adefolahan in Nigeria’s southwest, grew up singing in his local church choir. Signed to YBNL Nation/Empire, he has made massive achievements, including scoring a FIFA 21 soundtrack slot with his 2019 single ‘Scatter’ and appearing on The Tonight Show Starring Jimmy Fallon. In May 2021, he released four newly recorded tracks as part of Apple Music’s Home Session series. In December, he dropped a remix of his hit ‘Peru’ featuring a fresh verse by English singer Ed Sheeran.

In this article:Audiomack, Fireboy DML