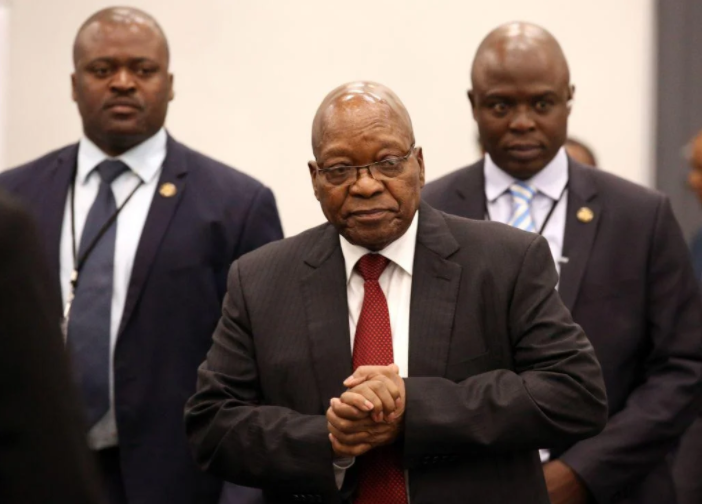 South Africa’s Constitutional Court has recently found former President Jacob Zuma in contempt of court and has subsequently sentenced him to 15 months in prison. The judgement, which is a total of 127 pages in length, was made after Zuma refused to appear before the Zondo Commission (a state-sponsored commission probing into allegations of corruption during his 9-year tenure) after the courts ordered him to do so.

While the judgement has been welcomed by various politicians, law experts and ordinary citizens, it has been touted as “political targeting” by fervent supporters of Zuma. Additionally, there is also some skepticism as to whether Zuma will actually see the inside of a prison cell. This is after all, South Africa and stranger things have happened.

Reading out the judgement, Justice Sisi Khampepe said the following: “The majority holds that a coercive order which uses the threat of imprisonment to ensure compliance will be both futile and inappropriate.

The majority finds itself with no choice but to find that this kind of recalcitrance cannot be tolerated.” Khampepe went on to add that, “In determining the length of sentence, the majority has considered the unique circumstances of this matter, the nature of the breach and the extent to which the breach is ongoing.” The judge concluded by saying, “Not only [has] Mr Zuma failed to dispute the contempt of court, he has also failed to contest the degree of the contempt. Instead, he has aggravated it.”

The judgement admittedly sets a precedent in the country that no individual, not even a former president, is above the law. Amid increasing revelations of corruption by the ANC-led government, this judgement serves to strengthen the public’s trust in the judiciary and its legal processes.

In what can only be described as a drawn out game of legal cat and mouse, Zuma is still yet to face the music with regards to the several hundred allegations of corruption which have been laid against him. The Zondo Commission, which is chaired by Chief Justice Raymond Zondo, was established in 2018 and has seen damning testimonies and evidence about corruption within the government and its various enterprises.

Zuma has reportedly been given 5 days to hand himself over to the police in order for his sentencing to commence. South Africans are admittedly awaiting the former statesman’s next moves in both anticipation and skepticism. With his prior flouting of legal procedures, some wonder if he’ll manage to find yet another way out of this recent sentencing.