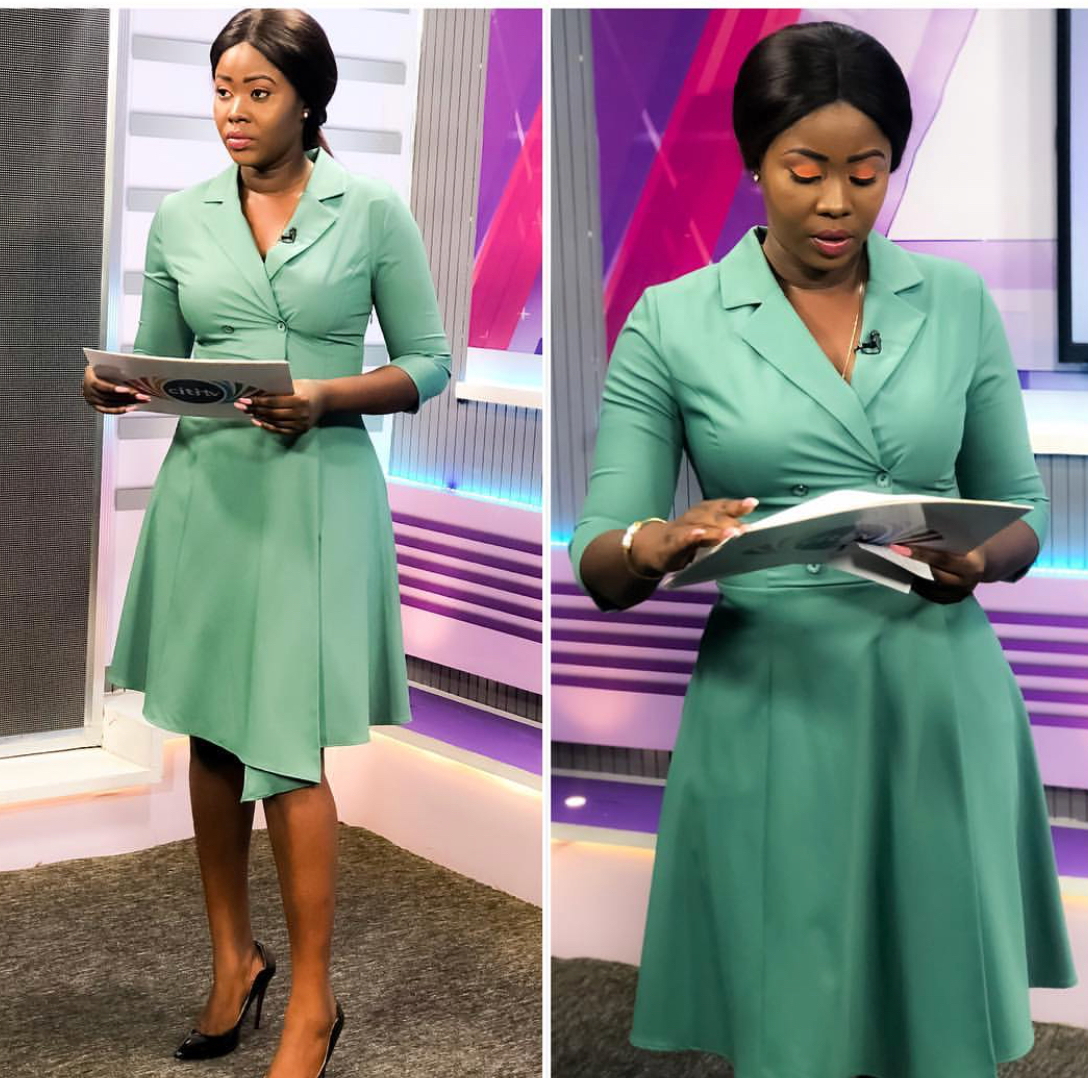 Though for the past weeks she has been consistent posting on social media the Citi TV logo, she Yesterday for the first time posted the picture of her below at work looking flawless as she shares her experiences at work on her first day.

Ashkar is the latest to join the Omni Media Limited owned station following her three year stint with Metro TV.

Though Ashkar joined Citi to anchor the burgeoning channel’s prime news program, and was to start work on Monday, July 9th, she made her first screen appearance yesterday.

Before joining Metro TV, Frema worked at TV3 and ETV and also has experience as a radio host.

She joined TV3 in 2007 as a senior news anchor and, a reporter for 4years before joining ETV news