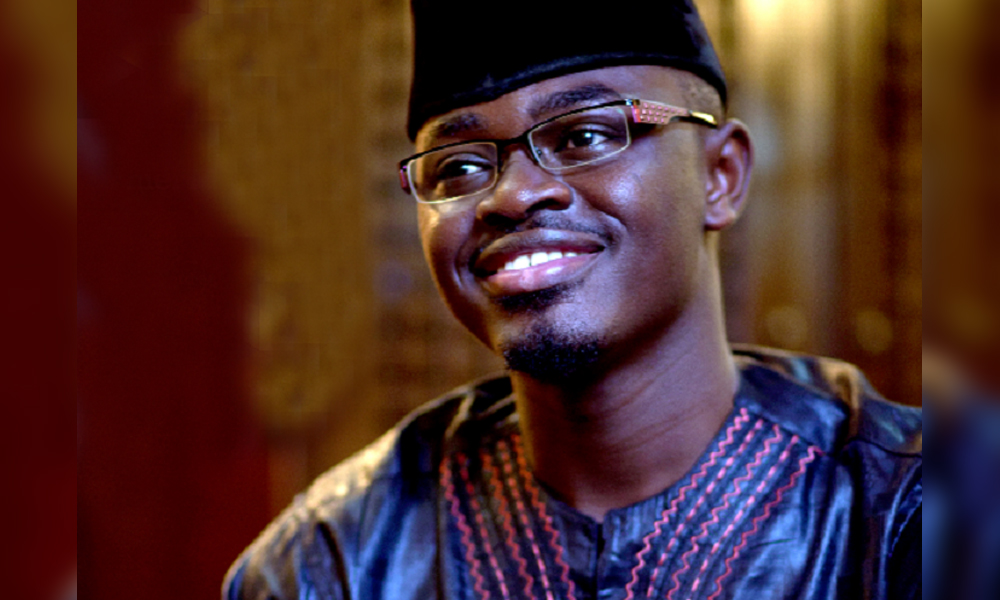 Celebrated playwright, Chief Moomen in a Facebook post made a request of GHC5 million to Nana Appiah the Zylofon boss after showering series of praise on him for his immense help and contribution towards the arts and entertainment industry. He then went on and added he would create the biggest theatre production the world have never seen about the legendary King of the Mali Empire, Mansa Musa.

He said in the letter, “Give me 5 million cedis( Just a little over 1 million dollars). And let me create some magic that could, potentially, be the game-changer in Ghana’s arts and tourism industry,”

Mr Moomen went ahead to articulate step by step how he would put to use the amount if granted and how he will generate GHC100 million as returns. Some other businessmen who have have a thing or two to do with the entertainment industry were copied; Kwame Despite, Kwabena Duffour, Ibrahim Mahama, and Banasco Seidu Nuhu,

Below is the letter he penned to Nana Appiah.

Dear Mr. Zylofon Media Boss,
So your signing of Shatta Wale is all over the news. Kudos for putting money into the industry. I’ve always advocated for the wealthy in our society to invest their monies back in the country and become great patrons of the arts; that is how we build civilizations.

Obviously, you are not afraid to spend. And on the arts for the matter. So, let me sell you a vision that could be one of the most impactful things you’ll ever do.

Give me 5 million cedis( Just a little over 1 million dollars). And let me create some magic that could, potentially, be the game-changer in Ghana’s arts and tourism industry.

I want to create the biggest theatre production in the world, about the richest man to have ever lived on this earth, Mansa Musa the legendary King of ancient Mali Empire. This would be an extravagant, exciting and absolutely spectacular theatrical outdooring.
Here is the catch- you are spending millions to build an ultra-modern theatre, so we hear.

How about spend a fraction of that to produce amazing content for the place. How do you intend to unveil your new magnificent building? With another unimaginative show where some performers come to jump and mime on stage? We’ve seen that before. Oya, pass. Let’s do something different.

Now imagine this: Opening Night. High profile audience with local and international media. The curtain gently rises to a powerful yet soothing melody from a 200 member choir supported by a 100 member orchestra of both traditional and international instruments. Imagine 50 people in a synchronised beating of the fontomfrom or brekete.

Imagine 100 dancers with their surgically choreographed moves. Imagine our actors and extras all playing their parts powerfully. Imagine the rousing narration and poetry holding all the stories together. Imagine the elaborate set, the colourful and mesmerizing costumes and props, the lights and sound effects. Ahhhhh! Wouldn’t this be something else; 500 performers on one stage telling the epic story of a great African King. It is like the feeling you get when watching ‘Game of Thrones’ or ‘Lord of the Rings’. Something more daring and more spectacular than ‘The Lion King’, which has been staging for decades and has made millions of dollars.

Of course this won’t be for charity. It’s a business! Let the Mansa Musa Epic be the highlight performance of the theatre with an annual calendar. Target 1,000,000 audiences in Ghana and around the world over a period, with 100ghc standard ticket. That is, potentially, 100 million cedis in revenue for a 5 million cedis initial investment. Trust me, with the right marketing and hype, people will travel around the country, the continent and the world to come see this. But we must give them a reason to come. And it has to big and bold and absolutely worth their time and effort.

This could be so impactful in many ways;
Direct employment for 500 people with several thousands in the value chain.

Boost to tourism industry with many coming to see the play. And once they are here, they will also explore the country. This could be great evidence of the power of the arts to Government and can finally push them to make great investments in the area.

Several millions in revenue. Others have done it and so can we.

Not to talk of the importance of such a production in reinvigorating African pride and confidence. If you know what I mean.

All for possibly less than the entire value of the Shatta Wale’s deal. I say it is a risk worth it.

I’m obsessed with this vision. It will be done. Just a matter of time. Maybe sooner if those with deep pockets can see what I see. I have done so much, with so little. I could do so much more, with a little more!