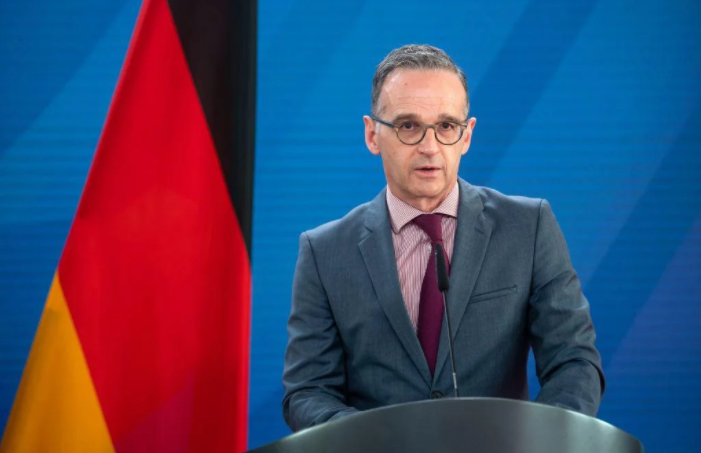 In a statement by German Foreign Minister Heiko Maas shared on Friday, Germany will reportedly support Namibia and the descendants of the victims with €1.1 billion ($1.3 billion) for reconstruction, development and ask for forgiveness for the “crimes of German colonial rule after the country has formally recognized the atrocities committed against the Herero and Nama ethnic groups as genocide 100 years ago.

“Our goal was and is to find a common path to genuine reconciliation in memory of the victims. This includes naming the events of the German colonial period in what is now Namibia, and in particular the atrocities in the period from 1904 to 1908, without sparing or glossing over them. We will now also officially call these events what they were from today’s perspective: a genocide,” Maas said.

The Namibian government saw the formal acceptance of the atrocities as genocide as a key step in the process of reconciliation and reparation, Namibian presidential press secretary Alfredo Hengari told CNN on Friday.

“These are very positive developments in light of a very long process that has been accelerated over the past five years. People will never forget this genocide; they live with it. And this is an important process in terms of healing those wounds,” he said.

German troops killed up to 80,000 of Herero and Nama people in the southern African country between 1904 and 1908 in response to an anti-colonial uprising, according to the United States Holocaust Memorial Museum. According to historians, the bloody conflict happened when the Herero indigenous people revolted against colonial troops over land seizures. Germany, which today gives development aid to Namibia, offered its first formal apology for the conflict in 2004.

Both countries have been in talks since 2015 to negotiate compensation for the massacre by German colonial forces. So far, eight rounds of negotiations have taken place between the countries.

Meanwhile, Namibia President Hage Geingob, in a statement reported by CNN in August 2020, said his government has turned down Germany’s offer of compensation for colonial-era killings, calling it “not acceptable.” “Germany has continued to call efforts to seek redress with us and those affected in the conflict ‘healing of wounds’ instead of reparations,” He said.

“The current offer for reparations made by the German Government remains an outstanding issue and is not acceptable to the Namibian Government,” the president said in the statement.