Starting XI: Okrah On The Bench As Barreto Name Line Up To Face Olympics

GPL: If Kotoko Beat Olympics, The League Is Over For The Others- Coach Opeele 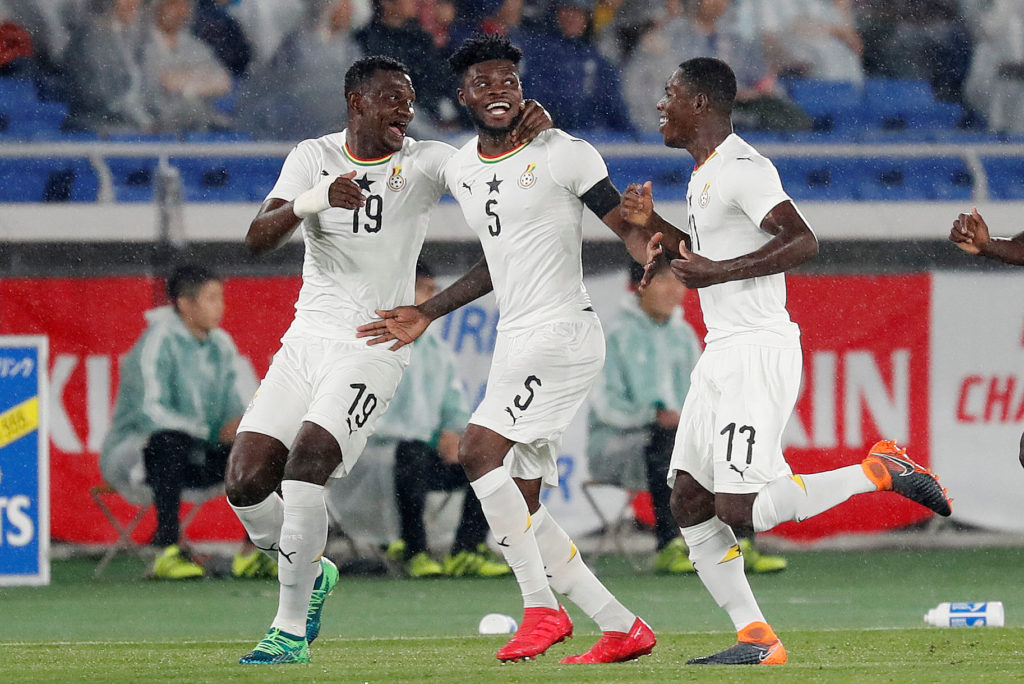 Ghana joined Sudan on top of Group C as the Black Stars started off their campaign to qualify for the 2021 Total African Cup of Nations (AFCON) with a 2-0 victory over South Africa in Cape Coast on Thursday.

The victory took them to second spot in the standings, only separated from Sudan by goal difference. Thomas Partey and Kudus Mohammed scored a goal apiece in either half as the Black Stars stormed off on a positive note.

Partey broke the deadlock in the 36th minute with a brilliant low effort from range that caught Bafana Bafana keeper Ronwen Williams flat footed. The Ghanaians were rewarded for a bright start as they had most of the scoring chances.

In the 10th minute, a Partey low freekick was flicked goal-ward by Jordan Ayew but a hawk-eyed Williams picked it up. Dean Furman had a chance for South Africa on the quarter hour mark after Percy Tau’s freekick ping-ponged on bodies inside the box, but the curling shot went over.

In the second half, Ghana kept pushing for a second with Boateng coming close with a header that was well saved by Williams.

They finally got the nerve-calming second 11 minutes from time when substitute Mohammed won the ball close to the halfway line, dribbled into the box and struck an unstoppable right footed shot.

Meanwhile in Bamako, Guinea twice came from behind to force a 2-2 draw with Mali in a thrilling tie. Adama Traore broke the deadlock for the Malians in the 56th minute, but Liverpool midfielder Naby Keita drew Guinea level just 10 minutes later.

The home side would take just five minutes to get themselves back into the lead through Sekou Koita’s goal, but the never say die Guineans struck back level in the 75th minute through Sekou Conde.

Guinea will face Group A leaders Namibia in Conakry on Sunday while Mali will travel away to take on Chad.