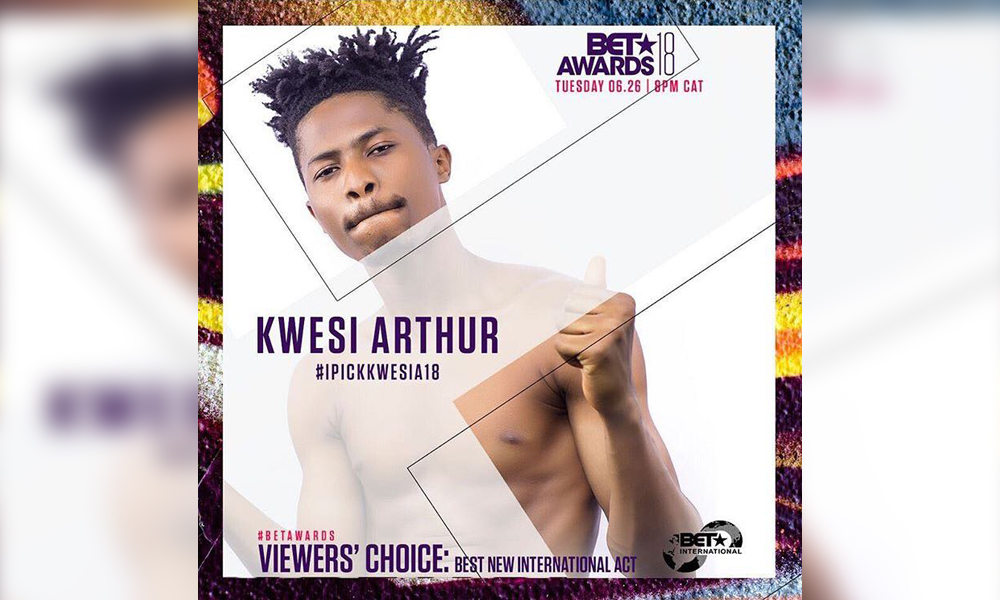 Ghanaian rap sensation Kwesi Arthur, whose nomination in the BET viewers choice awards category brought some delight and unity onto the music scene as all his colleagues and other industry people rally their unflinching support behind him since no Ghanaian based act made the list but he unfortunately loses to South African Pop Musician Sjava.

The ground up, Frontline act whose breakthrough was massive with his hit “Grind day” was expected by many to pick up the awards as his competition on all other BET online voting platforms was Nigerai’s Niniola. It’s then surprising how Jabulani Hadebe, known as Sjava could beat them all to it.

A quick research into who Sjawa is by georgebritton.com and how come he won ahead of our own Kwesi reveals the South African musician is real named, Jabulani Hadebe. The Pop musician was also featured on a song titled “Seasons” which originally belongs to Mozzy and the song made the list of Black Panther sound tracks. He also then recorded a song titled “Life” which was also used as a sound track and we think all these may contribute to his win.

Kwesi Arthur was nominated in the Viewer’s Choice; Best New International Act category alongside Niniola from Nigeria, South African Sjava, Not3s from the UK among others.

Sjava with his Award.

Below is evidence that Sjava was indeed on Black Panther sound track list.