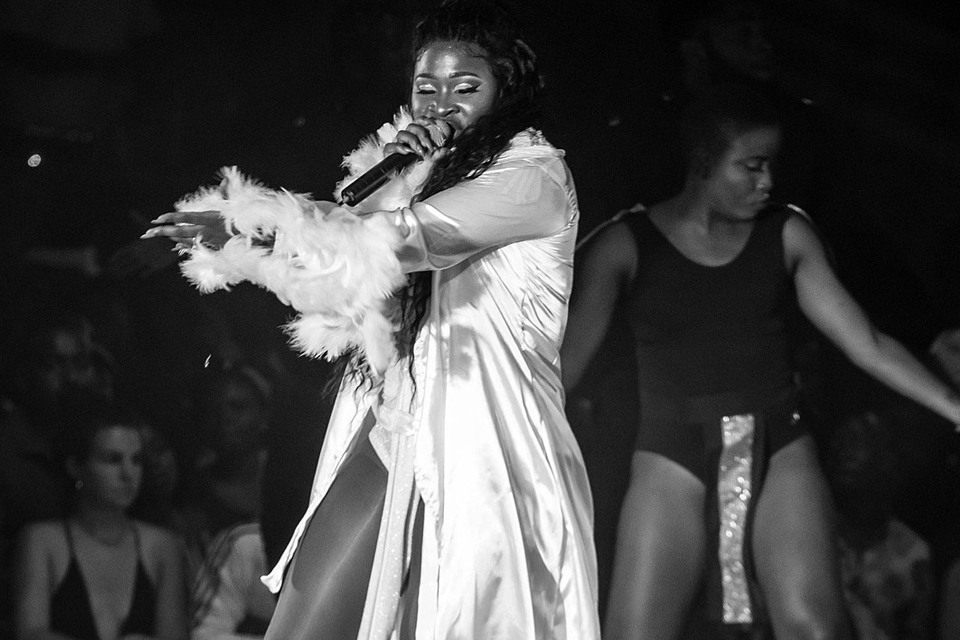 Many have described Sista Afia’s outfit and performance at the just ended Ghana Meets Naija as Ghana’s Nicki Minaj.

She mounted the stage in an all-white apparel showing flesh and that was enough for patrons to scream.

As controversial as she is, Sista Afia moved to the edge of the stage, held the head of a patron and pushed it into her thighs, sending other patrons of the 2018 Ghana Meets Naija agog.

Moments after that, Sista Afia in the course of performing her hit song, ‘Jeje’ invited another fan on to the stage to dance with her.

Although the fan appeared shy at the initial stage, he found his feet when Sista Afia begun to twerk.

Sista Afia started with her live band performance, but management had to make a quick switch to DJ play as they realized the sound at the auditorium wasnt helping any artist performing live.

She is one entertainer who knows how to thrill fans and audiences especially on stage.

Watch her performance below…