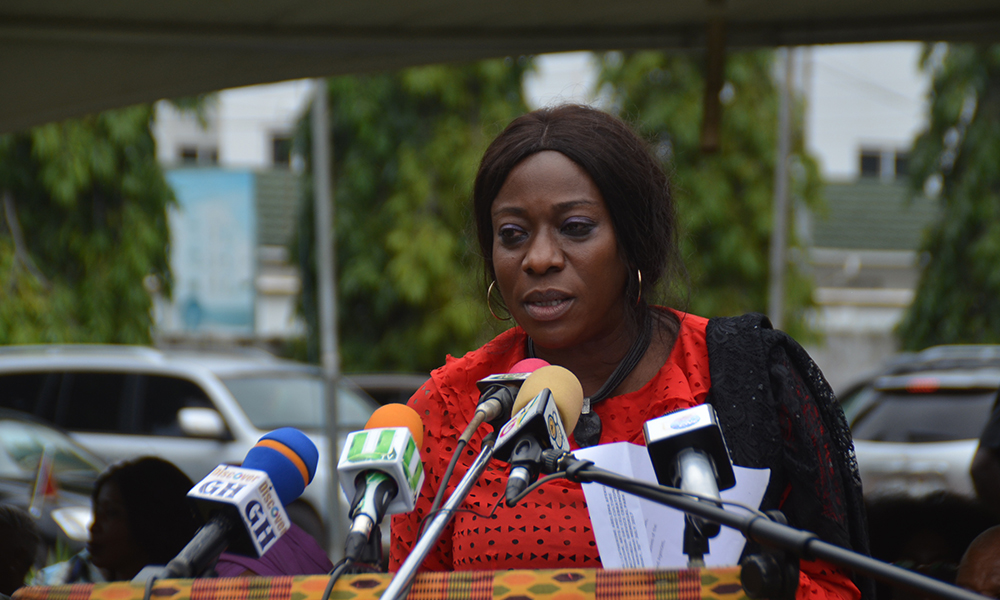 The Minister for Tourism, Arts and Culture who is also the Member of Parliament for Evalue-Gwira-Ajomoro, Hon. Catherine Afeku has indicated that Government will include monies for the organisation of the Black Star International Film Festival in 2019 budget.

According to her, the government is specifically going to support the Black Star International Film Festival in next year’s budget and support the initiative by Juliet Asante the Founding President of the festival, and her team.

Madam Afeku said it will not be at the mercy of donors who are unwilling to support but Government as a whole is hopeful of seeing a reposeful and complete change in the film industry the years to come.

Speaking at the Black Star International Film Festival award held at Accra International Conference Centre, the minister disclosed that Ghana being a core location for film in Africa will help potential film producers to use talented actors in the country for the growth of films in Ghana to reach the international market.

She said, “I would like to use this occasion to thank the CEO of NAFTI, Goerge Bosompem and his crew that have embarked on the stakeholder engagement in the country to solicit opinions, comments, and thought to inform the establishment of the film authority which we (Government) are enjoying by the cinematography act past in 2016, an incentive for films to filmed in Ghana”.

Catherine Afeku urged Ghanaians to give maximum support to the organisers of the Black Star International Film Festival, to people in the film industry to tell the true story of Ghana.

Black Star International Film Festival is a non-profit organisation creating global connections through film and helping to bridge the gap between African cinema and the world.

It is a festival focused on the Business of film and advocacy in the region. Its goal is to create a platform where filmmakers can learn, network, do business and celebrate their craft within an African context.

Ghana finds itself in the middle of creating connections through film by bridging the gap between African cinema and the world.