Trevi Mula Out With New Song 'On My Mind' 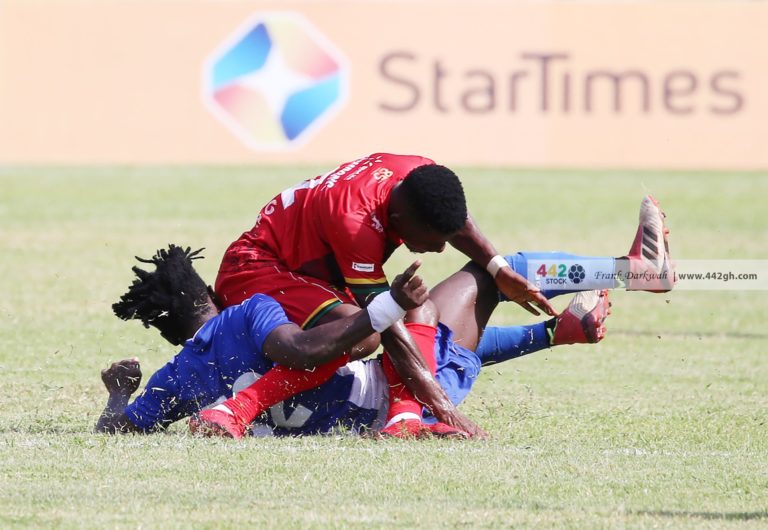 A highly combustive game with packed midfield by both sides rendered the game highly compact keeping both players behind the ball with the opponent in possession.

Great Olympics changed their Orthodox 4-2-3-1 system to a more 4-3-3 role with 5 midfielders coming up against Asante Kotoko’s  4-2-3-1 where Andy Kumi Francis was the leading marksman.

it was Olympics who dominated much of the play in the first half but struggled to create any meaningful opening to the Kotoko backline.

Relying deeply on counter-attacks, Asante Kotoko used Mubarik Yussif and Mudasiru Salifu to release long searching balls to Emmanuel Gyamfi on the right flank, but Eric Osei Bonsu and Hamza Zakari were on hand to keep the swift winger at bay.

Samuel Ashie Quaye moved to the midfield after the half-hour mark to try his legs on opening up the Kotoko set up, but his efforts proved futile

Kotoko came close to score in the 66” after Godfred Asiamah cross was to the goal area was headed out by Hamza Zakari.

sensing the danger of not getting a goal, Coach Annor Walker threw more men upfront to try to break the back of Asante Kotoko but still failed to connect some of the few chances that came their way,

James Akaminko who had laboured for a goal all afternoon had his close-range shot saved by  Goalkeeper Razak Abalora in the 78th minute.

Asante Kotoko had a swift counter-attack a minute later but Godfred Asiamah’s cross was met by Michael Vinicius but his shot was parried away by Benjamin Asare in goal for the Dade boys.

The two teams however tried their all to get a goal but were held by the opponent.

Trevi Mula Out With New Song ‘On My Mind’