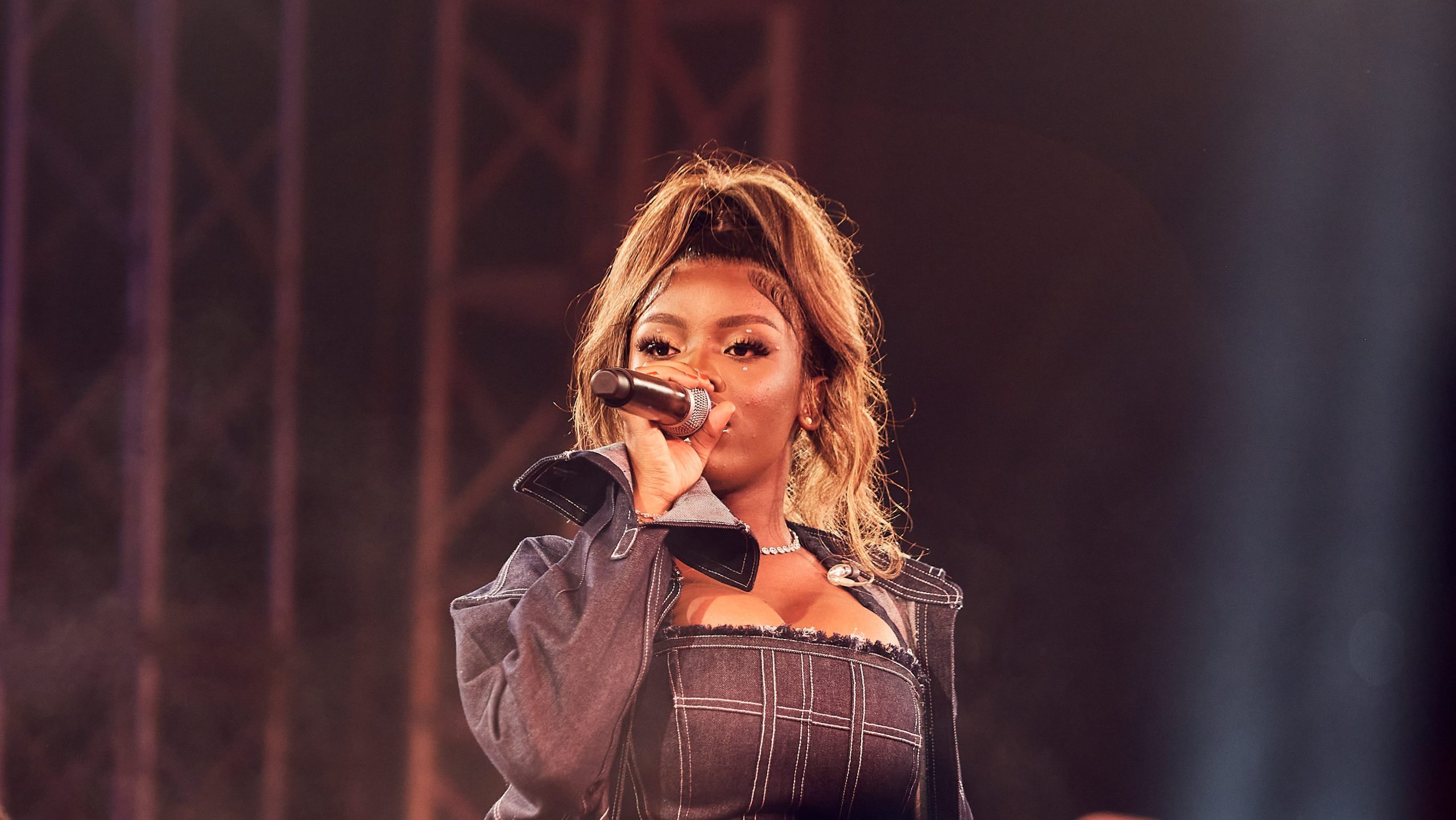 The Song Bird’s concert, “Party Live With Gyakie” just ended, yet the experience still comes off as one of the most unique ones yet.

The Song Bird, last year had her “Live Experience with Gyakie” show at the same venue where fans were treated to an experience of live band music with performances from the likes of her dad, the Highlife legend, Mr Achaempong.

This year, ever the one to switch things up, Gyakie termed her show, Party Live with Gyakie, incorporating a stage setup that allowed her fans to celebrate with her as the day coincided with her birthday.

“Party Live With Gyakie” was held at the La Palm Royal Beach Hotel on the 16th of December.

The show kicked off with Big K Dj ushering guests in with an immersive musical experience building up to the introduction of acts like Mestar Oscar, Vanilla and the La Meme Gang who set the place ablaze with their energetic performances.

Gyakie made her first set entrance with a live band performance of her 2020 single ‘Nana Nyame’. Flooded with the chorus from the crowd singing word for word, Gyakie basically shared the stage with them as she went on to perform all the songs off her “My Diary” EP for the first time through the show.

Not to hold a show on her birthday without any surprise for her fans, Gyakie brought out Samini, mid-performance, who took a minute to reminisce about sharing a stage with Gyakie’s father and before he left the stage, he presented a gift to the Songbird.

Fans thinking that was enough were in for even more surprises. Gyakie was joined on stage by Bisa Kdei to perform their hit single Sor Mi Mu. King Promise and R2bees also made a grand entrance just when the audience least expected it. Sista Afia, the Asakaa boys, Larusso, Djay, and Mr Drew all made their performances worth it, thrilling fans with their sets. The choked A-list guest list also saw the likes of Efia Odo and many more, coming through to show love and celebrate with the Songbird Gyakie

Ending the show with a spectacular performance with her viral single “Something”, Gyakie was joined on stage by DWP Academy, setting the tone for a great show finale.

Party Live with Gyakie was a melting pot of Music, Dance and a great experience.

Written By Abubakar Sadick Cheesewave’s second edition of The Wave concert is slated for February 24th 2023 at Agenda Bar in East Legon. Hosted...

Lynx Entertainment have hinted the launch of their own content network. This direction wouldn’t be too much of a surprise as the home of...