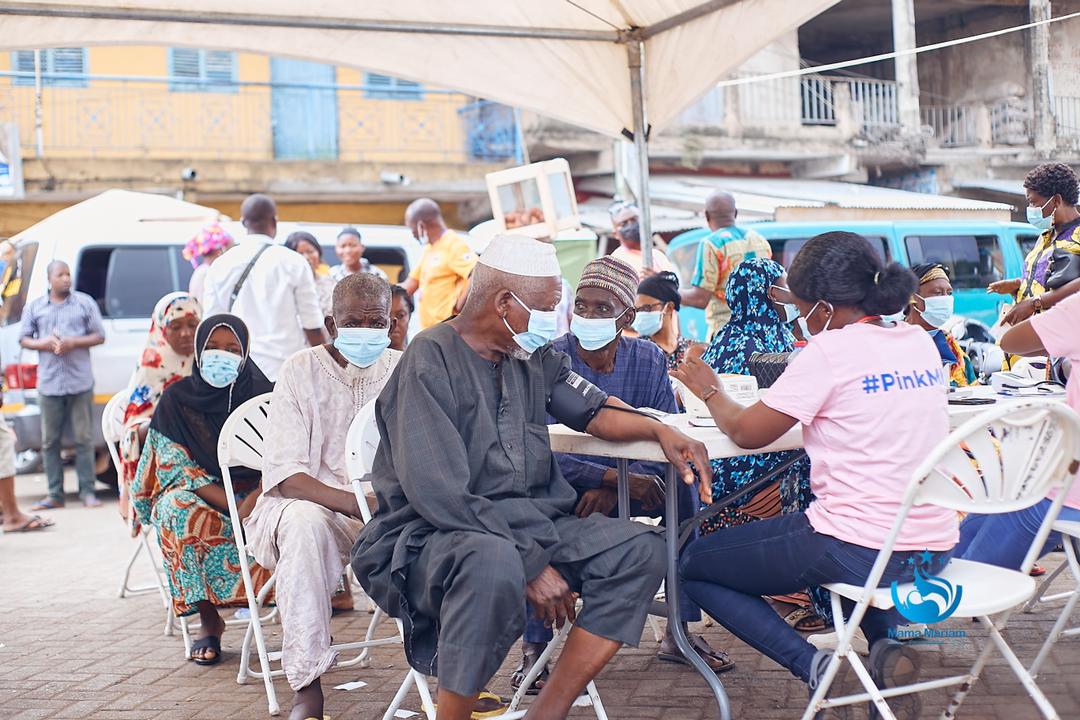 According to the founder of the foundation, Miss Sinare, the exercise which was dubbed ‘Pink October Breast screening’ was to also mark “Breast Cancer Awareness Month” which is celebrated globally in October by the World Health Organization (WHO).

She disclosed that the rationale behind the health outreach aspect of the Foundation was to provide quality health assistance to women in the Zongo communities. The screening, which was a three-day exercise, took place in three Zongo communities namely; Nima, Mamobi and New Town from Friday 22 – Sunday 24 October 2021, with more than 1000 people screened, the majority being women.

She said,“early detection saves lives,I am glad most of the women participated in this exercise,the feedback has been good. We targeted the Zongo communities because the campaign was to empower and create awareness of the dangers and risks associated with breast cancer”

Before the exercise, she and her team went into the markets and on the streets of Nima, Mamobi and Newtown to share flyers and create breast cancer awareness and also announce the benefits of the screening exercise.

She said,” I am overwhelmed that the Zongo people took advantage of this screening. It means we did our grounds work well and the awareness was far created well by us.”

Speaking to the media, she revealed, there were 20 health personnel who assisted in the breast screening and also checking of high blood pressure. Nima recorded 780 people, both men and women screened, Mamobi had 584 people screened and Newtown recorded 230 people coming out to participate in the health screening.

““Alhamdulillah we had less than 20 cases which included lumps in the breast, fluid from the breast and boils around the breast. Most of the men too came around especially, the old ones. Some people were put on monitoring whilst some were diagnosed with high and low blood pressure.“

Earlier this month, Habiba Sinare organized a breast cancer health walk which was tagged as the biggest breast cancer walk. It started from Kawokudi Park through to Kanda.