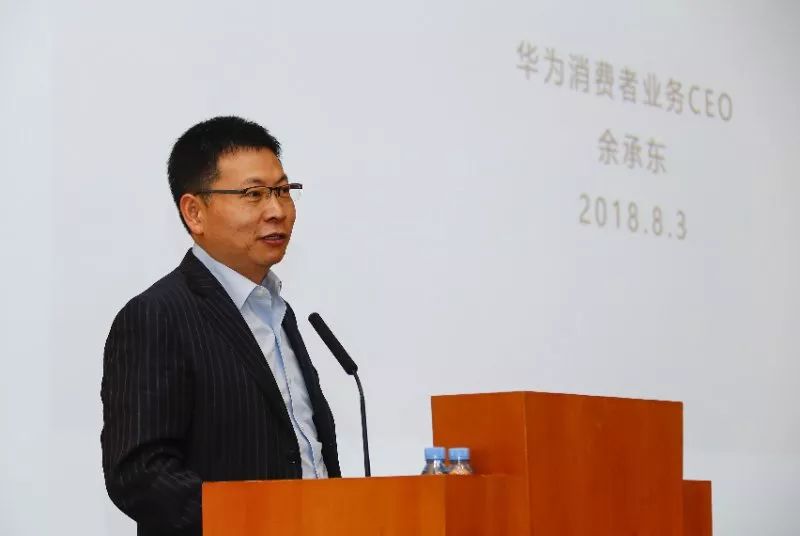 In the first half of 2018, the shipment of Huawei smartphones reached a record high of over 95 million units.

At the 2018 Quality Conference of the mobile device giant Consumer Brand Group in July, Richard Yu did not show too much enthusiasm for the outstanding performance and data of the past half year. Instead, he spent more time talking about his thoughts and plans for the future.

In this meeting, one sentence drew the most attention, that is, “Both the starting point and end point of Huawei Consumer Business Group are consumers.” As the growth in the global smartphone market slows down, consumers have to be put at the center of Huawei’s strategies.

First, as the competition in a full range of scenarios begins, Huawei develops a full-scenario strategy that provides seamless experiences with a three-layered ecosystem. The main scenarios include home, office, driving, and health/fitness. The terminals in these scenarios include handsets, tablets, PCs, wearables, TVs, speakers, vehicle systems, and IoT hardware. The full-scenario experience revolution is realized through smart engines and scenario intelligence.

The second strategy is to innovate the chipsets, devices, and cloud. Huawei has invested near RMB 100 billion in R&D every year, ranking sixth in the world and hopefully first in the future. Huawei has committed a small fortune towards further development and innovation and it is reassuring to see that these wise investments are finally beginning to pay off. Richard Yu revealed that the upcoming Kirin 980, the world’s first commercial 7nm mobile SoC, boasts significantly improved performance, which is far ahead of its competitors. 5G will also present Huawei with several opportunities afforded by its many inherent advantages.

In this article:Huawei, Tech News