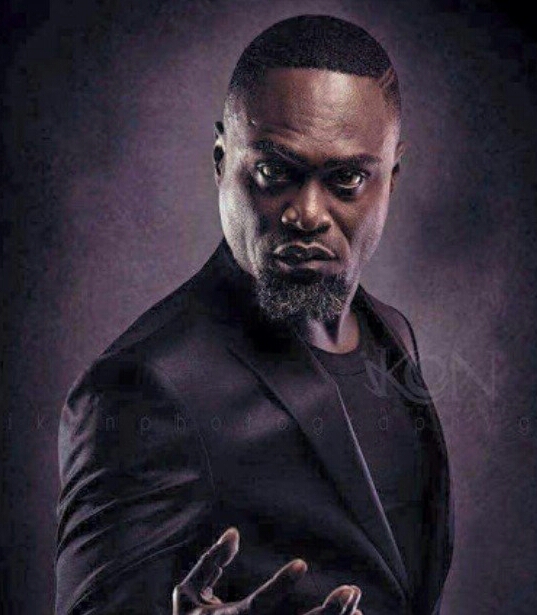 The three-time Radio and Television Personality (RTP) ‘Best TV sports show host of the year’, appeared onscreen Monday donning a white Fire for Fire branded long sleeve shirt and appeared to be doused with powder – which signifies victory in Ghana.

Songo’s choice of a white shirt was a stark departure from the dark coloured shirts that he normally prefers when he hosts the programme.
He sang along to a series of gospel hit songs by Nacee and Ernest Opoku, Tagoe Sisters, Patience Nyarko and, Cecilia Marfo among others.

Songo declared that if it was up to his enemies he would have been torn apart adding, “I am back”.

It will be recalled that Songo in his last show before he was yanked off the airwaves by the Multimedia Group Limited (MGL) hurled invectives at now embattled former GFA President Kwasi Nyantakyi for “destroying Ghana football” in the wake of the delay to the start of the 2018 Ghana Premier League due to a High Court injunction on the league sought by Accra Gt. Olympics..

According to grapevine sources, Songo’s outburst was the final straw which broke the camel’s back as it threatened a GH₵250,000 settlement Multimedia Group Limited (MGL) is hoping to reach with Nyantakyi in place of a GH₵2m libel suit he filed against MGL and Songo as well as Kofi Asare Brako (alias Abatay, a former MGL staffer now at Atinka FM).

It will be recalled that Nyantakyi and his lawyers had turned down a GH₵40,000 settlement indicating that they were not interested in compensation.

The sources said MGL authorities were left puzzled by the actions of the controversial Songo who after pleading for forgiveness during hearings of the suit, goes on-air with a different attitude, repeating the same offending words on-air even though he was expressly directed not to insult Mr Nyantakyi until the court issue was resolved amicably.