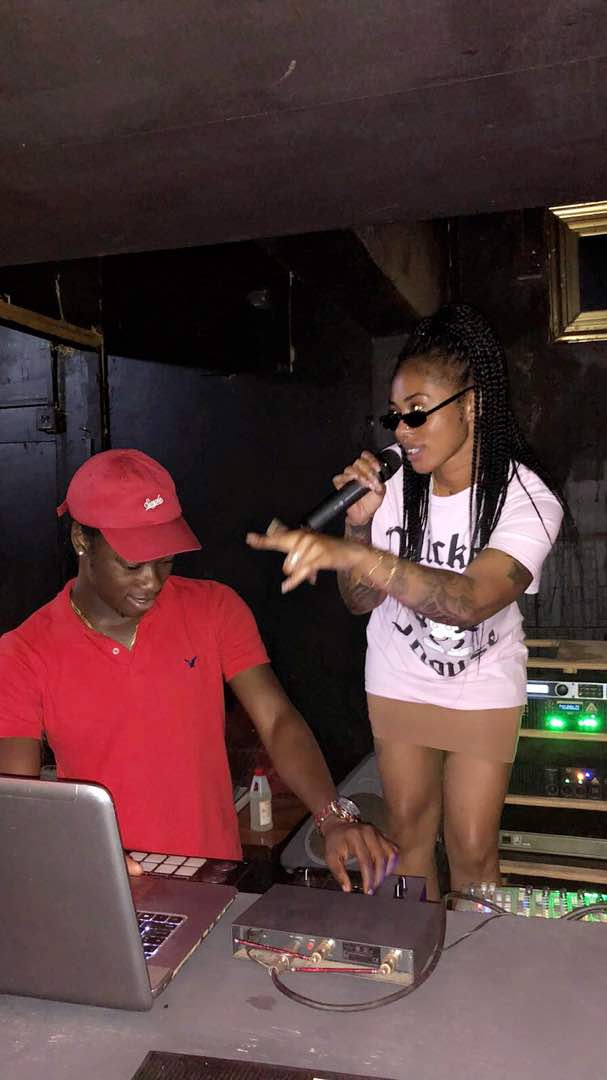 DJ Faytex has definitely given Itz Tiffany that maximum push and support she needs to hear from industry players.Returning Ghanaian hiphop songstress, Itz Tiffany dropped her new single titled “Cotyledon“ which was produced by Richie Mensah, CEO of Lynx Entertainment and after that the song has been all over.DJ Faytex loved the track instantly when Itz Tiffany played it to her for the first time.

DJ Faytex endorsement will definitely be helping Itz Tiffany’s upcoming project due later this year.Itz Tiffany burst into the music scene in 2006 with her hit song ‘Fake London boy’Itz Tiffany has worked with top artistes like Castro, Asem, R2bees, Jayso, Sarkodie, captain planet of 4 x 4, Fuse ODG, Shaker, Chase and more.She has excited her fans with songs like fake London boy, Agyekoom, last one, Spanner, give them and many others.