‘Causing Trouble’, A Afrisounds Track That Celebrates The Coming Together Of Rising Talents [Stream Here] 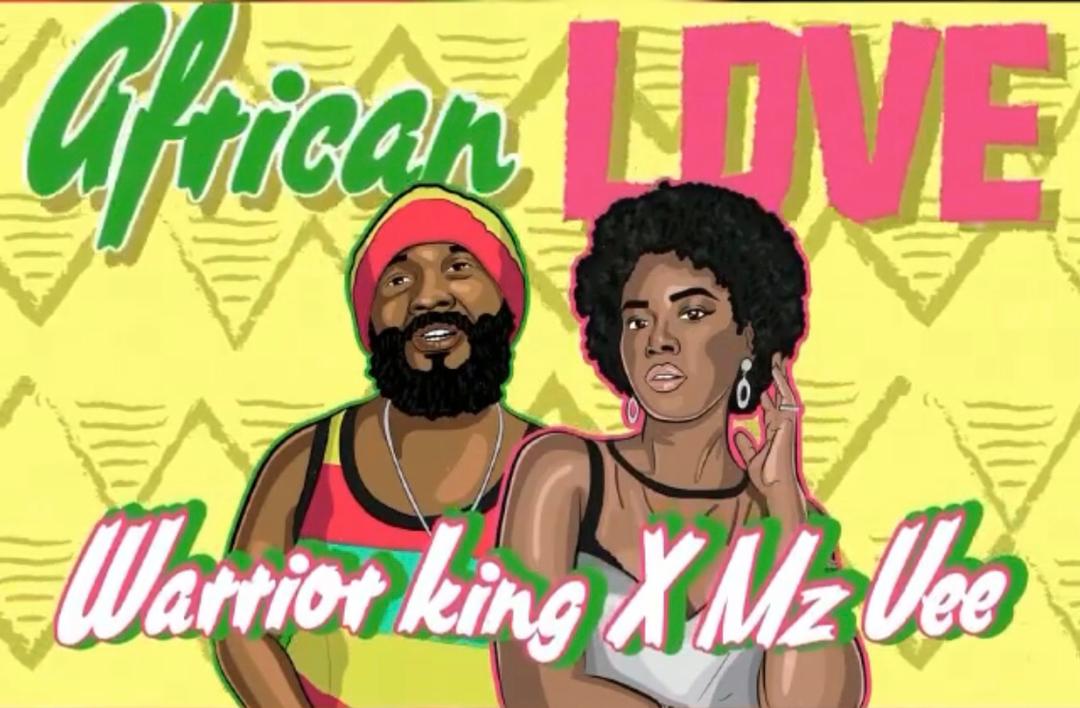 The 2021 project, slated to be released on digital platforms on April 9, is a sample of the 1990s reggae hit single ‘Hello Mama Africa’ by Garnett Silk. Crawba Genius, who works closely with international dancehall sensation Charly Black, is noted as the creative behind that artiste’s ‘Domestic Violence’ single – released in late 2019.

The producer, who is also known for his ‘Drip’, ‘Legends of Soul’ and ‘Dig Road’ rhythms shared that “I am fascinated with Garnett Silk’s sound… and I really love afrobeat. With the Garnett Silk idea in my head, I got creative. I wanted to do something with an authentic kind of vibe but something [for people] to dance,” he admits.

“When I give King the rhythm he says: “Tha rhythm here a murder!” … ‘Africa Love’ is like a crossover track for Warrior King.” “I heard a female on the track… and I wanted to keep it friendly for his audience as well. I’ve been listening to MzVee for a while now and I love her vocals and her appearance.

So, I saw that MzVee was perfect for the song and for Warrior,” said Crawba. The ongoing pandemic was not a deterrent for the two music sensations. Vocals for MzVee and Warrior King were recorded separately – in Ghana and Jamaica.

He went on, “I am feeling elated about this collaboration with MzVee. Working with feminine energy is always great.”

MzVee, who is on the heels of a video release for ‘You Alone’ from her critically-acclaimed fourth studio album ‘InVEEncible’, said “This song celebrates African love. He [Warrior King] praises the African woman and he talks about how beautiful, how strong, and how courageous she is; and that’s exactly who an African woman is.

He is just a super good musician and I loved his flow on this song, it was super, super, super dope.”

MzVee, currently the only female Ghanaian on BBC 1xtra’s Africa’s 360 playlist, noted that “Reggae and afrobeat, these are genres that came from the sweat and toil and blood and love… They are two genres that are actually part of my singing style,” she asserted.

The project is the second collaborative effort between Warrior King’s Rootz Warrior Productions and Crawba Productions; the first being the song ‘Moonlight Bright’ from the singer’s ‘Rootz Warrior’ album released in April 2016.

According to Warrior King, “Africa is where my heart is. So, this collaboration will make my presence be more felt in Africa… Afrobeat is like an offspring of reggae and reggae is the same African culture. So, the message [is the same] no matter the genre.

“For me, the message is what’s most important at the end of the day,” says Warrior King.

“I have high hopes for the song; for it to resonate especially with people in Africa, the Caribbean – wherever African people are around the world and especially with the youths.”

‘Causing Trouble’, A Afrisounds Track That Celebrates The Coming Together Of Rising Talents [Stream Here]