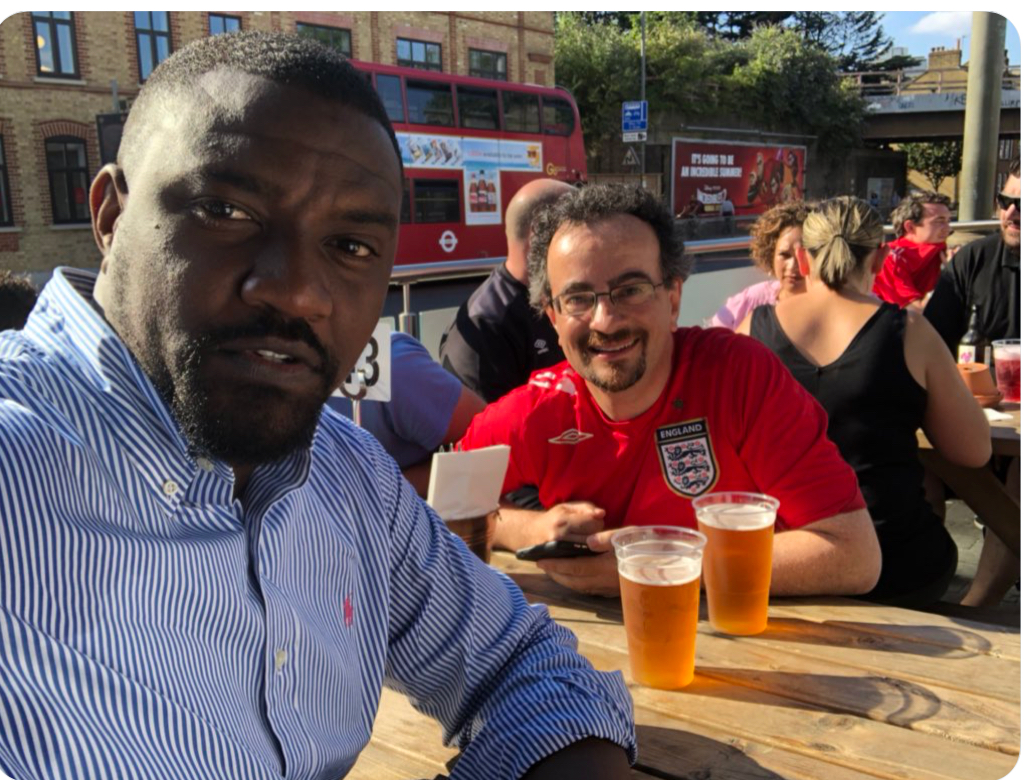 The twitter trolls between Former British High Commissioner, Jon Benjamin, and actor John Dumelo may come to an end soon as the two hand out.

The former for some reasons have always been at the tail of the Ghanaian actor and both have generated some very serious heat on Twitter.

John Dumelo who got married recently is out of the country and took time to hand out with his “friend” Jon Benjamin.

Dumelo twitted a picture with the two drinking beer with the caption, “Stopped by to see my good friend @JonBenjamin19 in london.”

Jon Benjamin’s stay in Ghana has been shrouded with controversies and trolls here and there, his victims include; Vanessa Gyan, Stonebwoy, Angel Obinim among others.

Stopped by to see my good friend @JonBenjamin19 in london. pic.twitter.com/BX77sAsC41