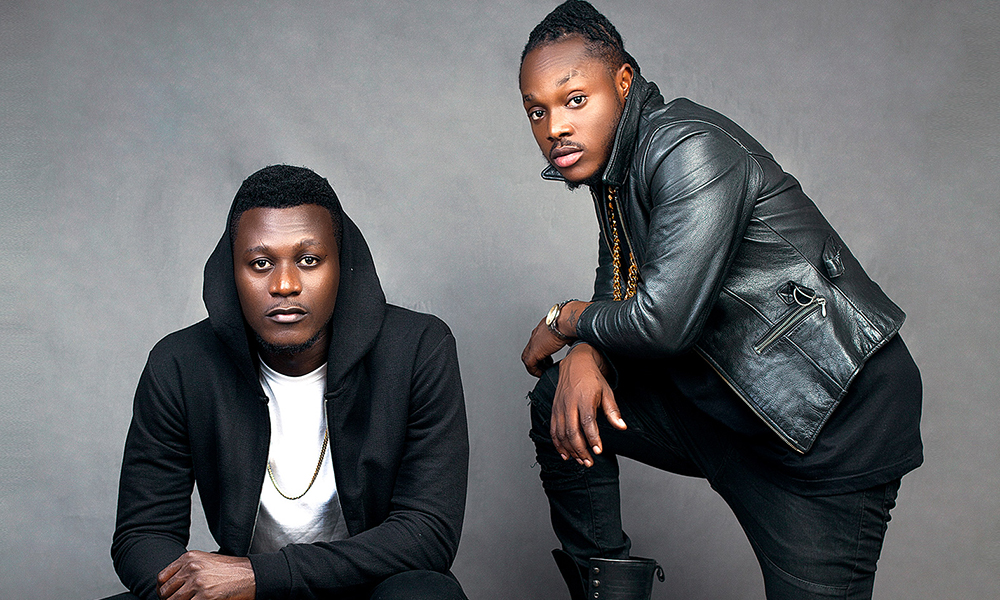 Award winning Ghanaian music group Keche, over the weekend thrilled fans and patrons to good music and amazing performance at KiKi Bees restaurant and pub at east legon in Accra. During the performance, the music duo took a pause to acknowledge the presence of Asamoah Gyan and his team who came to support.

Asamoah Gyan , Skipper and Captain of the Black Stars of Ghana, commonly known as Baby Jet may come across to all as anything but a spiritual person. But something that may have seemed as a mere saying Baby Jet told award winning Ghanaian music duo Keche, has become evidential enough and somewhat a Prophecy that has come to pass.

The star player upon being acknowledged took the opportunity to recount his first time encounter with the music duo years ago.

He said, “The first time I met Keche in person was at Kaywa’s studio where thwy used to work there as studio guys who used to clean the studio. I was shocked at their humility and gave a prophecy, I told them for being this humble, they will go places and will become bigger, as you can see that’s what we see now, it’s a prophecy right”, he quizzed.

They recently released a smash hit titled “YouWanCry” which was produced by Tubhani musik is no doubt making waves on our radios and in the country at large.