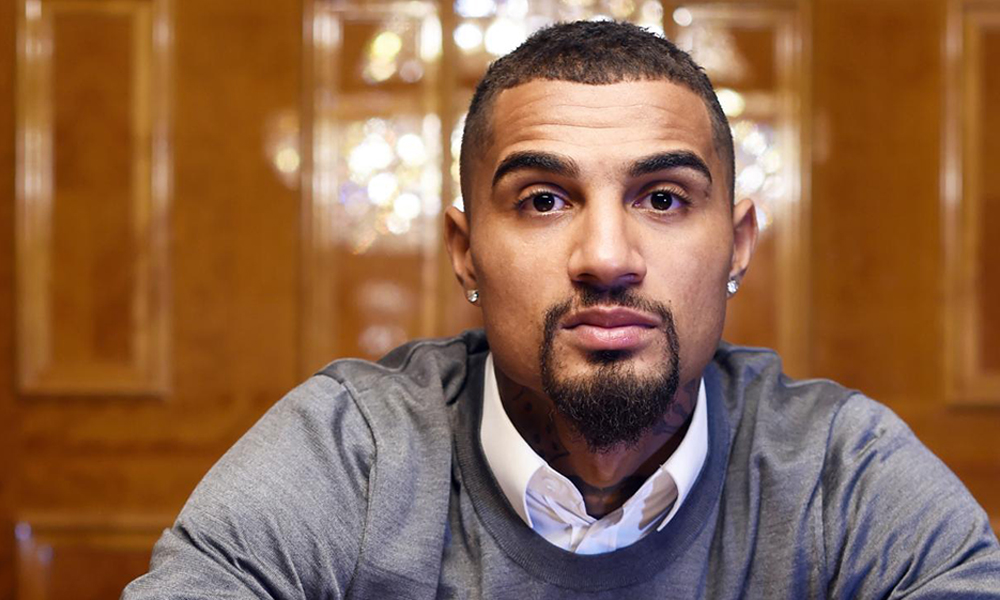 According to a report by Ghanacelebrities.com, popular Ghanaian footballer, Kevin Prince Boateng, has turned to music and released his first video under the stage name, Prin$$.

Mention can be made of Stephen Appiah, Sulley Ali Muntari and Asamoah Gyan, who have also done little to hide their passions for fashion, cars and music respectively.

With his first video, titled “King”, Boateng, popularly known as KVP, has joined the ranks of Ghanaian footballers doing things outside football.

He is however not done with football, as he still has a contract with Italian Serie A side Sassuolo where he signed a two-year deal this summer.

The chorus of the song features Boateng declaring “I live my life like a king/living with no pressure/hustle like I don’t know better.”

The former AC Milan star is not the first Serie A star to make the move into music, as Dani Osvaldo left football to pursue his passion for rock music.

Kevin Prince Boateng has not played for Ghana since his suspension from the 2014 World Cup tournament.