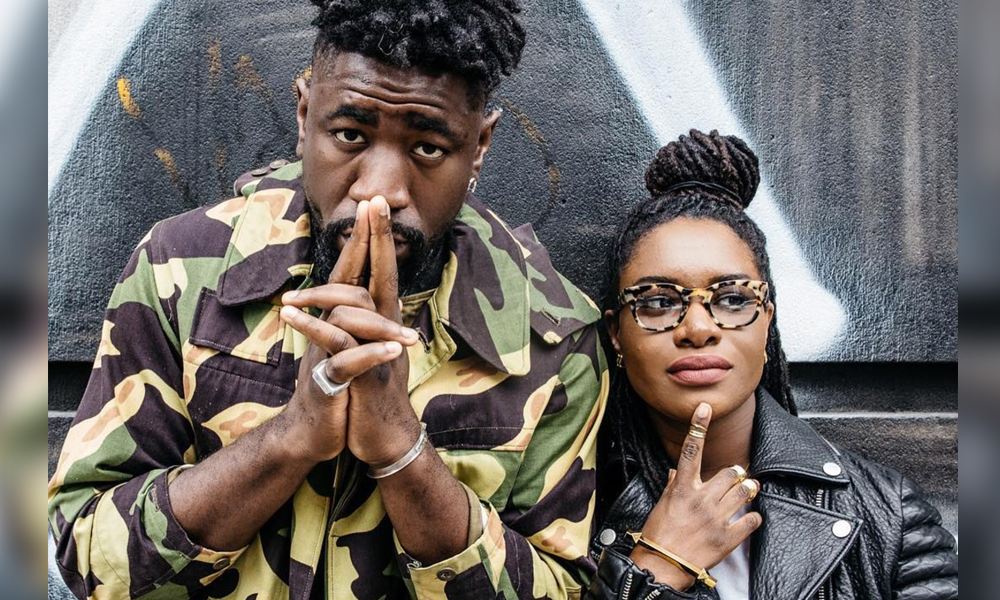 Applying their collective experience and passion, the husband-and-wife team launched the brand and named it Third Crown to celebrate the merging of two forces coming together to form something new. With their collection, the designers celebrate their mutual fascination with structure, architectural lines, and bold accents. 18k gold, silver and gunmetal are used to create a mood that’s at once restrained but full of attitude. Each piece is defined by clean lines and an understated chic, turning them in to wardrobe essentials.

Yet Kristin and Kofi Essel of Third Crown—a jewellery line with a strong, modern aesthetic that’s made fans of Beyoncé and Solange Knowles—make it look effortless. The couple who works together walks their own specific kind of tightrope, toeing a delicate line between true satisfaction and, well, sanity.

In their 20s, when most of their peers were still discussing hookups over hangover brunches, they were plotting a partnership that was both personal and professional. After exploring the idea of launching a fashion line together, the duo decided four years ago to focus on jewellery, drawing most of their inspiration from architecture movements across the ages.

Kofi, who grew up in London and Ghana (where he attended art school) before moving to New York to study at FIT, was transformed by a close examination of the Renaissance. “When you’re raised somewhere, no matter where, I think you tend to look outside of that place for inspiration,” he says.

Kristin, born in Queens and raised in Florida, sees each of their collections “as one chapter in the book of Third Crown.” The Marcy series—inspired by the idea of a melting arc—reinterprets the original Cuban link chain popular in ’90s hip-hop, a style that felt “generic” to Kristin and Kofi. “We thought, ‘We can make a necklace that’s made with our own link,’ ” she says.

This lovely couple have a young son who just learned to walk himself, and keeping it together gets that much trickier.

Kristin and Kofi Essel with their Baby boy