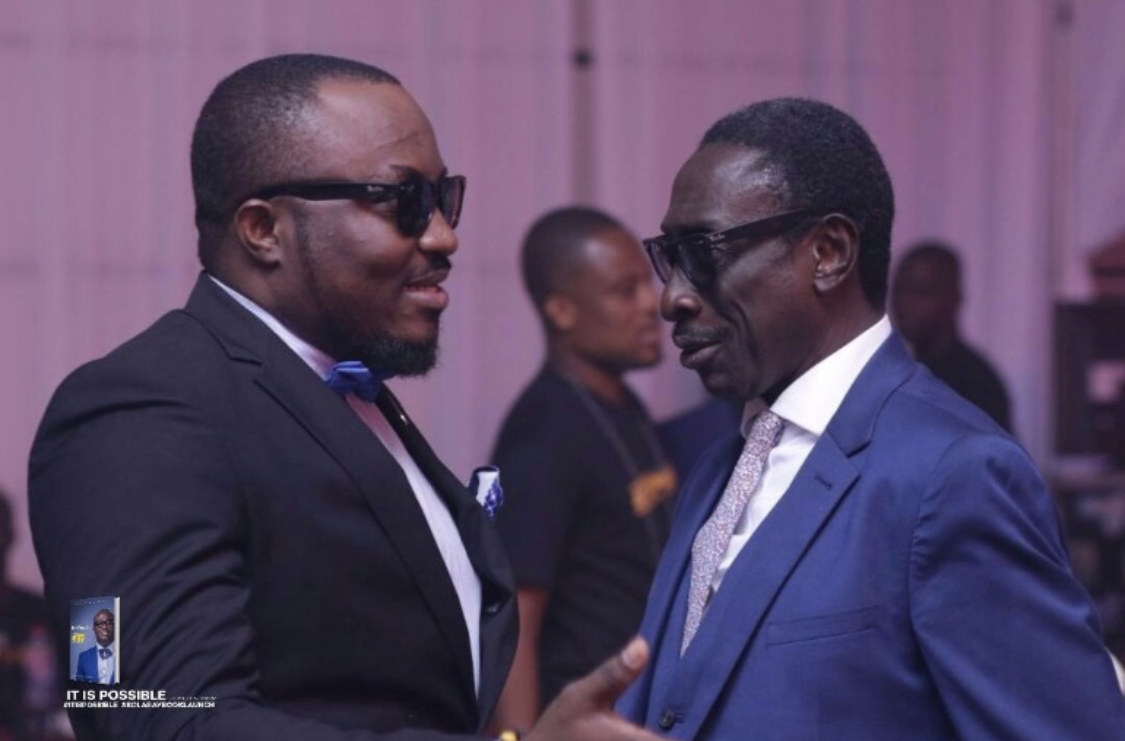 Ghanaian celebrated TV host, Veteran comedian and satirist, Kwaku Sintim-Misa (KSM) in an interview with Sammy Flex on “Showbiz Agenda” which airs on Zylofon Radio 102.1 MHZ reaffirmed his love for the works of Derrick Kobina Bonney (DKB) and added he has not regretted crowning him the king of comedy.

DKB who has been lashed for not being funny, obviously having the backing of someone like KSM is sure good to go. KSM noted, he has seen DKB perform on several platforms and have not flopped and that necessitated the decision to crown him the king of comedy.

KSM told the host, “well, I’ve watched him perform severally and he had never flopped, so I decided to crown him as the king of Gh comedy.”

David Oscar, a Reggae musician and a colleague comedian have questioned DKB “who crowned him the King of Gh Comedy” during a banter between the two for legitimacy.

When asked by host Sammy Flex about the aftermath of crowning DKB as Gh King of Comedy? He asserted that, “well, I’m stunned because it’s not as if DKB was crowned as the King of Comedy some weeks ago, but, I crowned him as the “King Of Gh Comedy” years ago because I decided to allow him to hold the mantle.”

He continued that I follow his works because he brings out new materials and his level of understanding when it comes to comedy is good for the business.

“I can’t take the title from him… because he’s doing great with his craft” he added.

KSM confirmed on 5th December he will be 62 years and on the 7th December, will be his Bow Out show at the National Theatre.