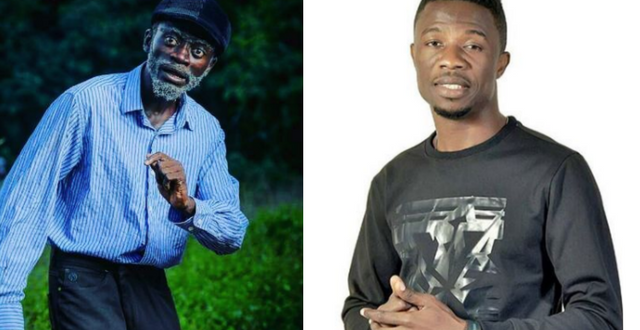 Kumawood actors Kwaku Manu and Lil Win has been at each other’s throat for some time now with allegations and counter allegations. The two in recent times have accused each other of malicious doings to the detriment of each other’s career.

The last time the two who use to be very good friends spoke about each other was when Kwaku Manu was featured on the Delay show and there he stated categorically he will not want to have anything to do with Lil Win again unless the latter and his team comes to render an apology to him Kwaku and his team.

Saturday the 16th of June saw an act which defiles the above statement and previous happening between the two at the Kumasi Mall amidst thousands gathered.

To the surprise of fans and patrons who were gathered at a show put together by Lil Win and his Weezy Empire team, his colleague Kwaku Manu was seen on stage performing. Thinking that was a surprise for the audience enough, Lil Win joins in to perform alongside and his appearance sent the crowd gathered into a non-stop cheering mood as their two favorites perform side by side.

As to if or not an apology was rendered to Kwaku Manu as he demanded, we can’t say, but we are certainly happy with this development as it’s shows love and support which the industry needs more to thrive.

Below is a video of what really transpired at the Kumasi Mall.