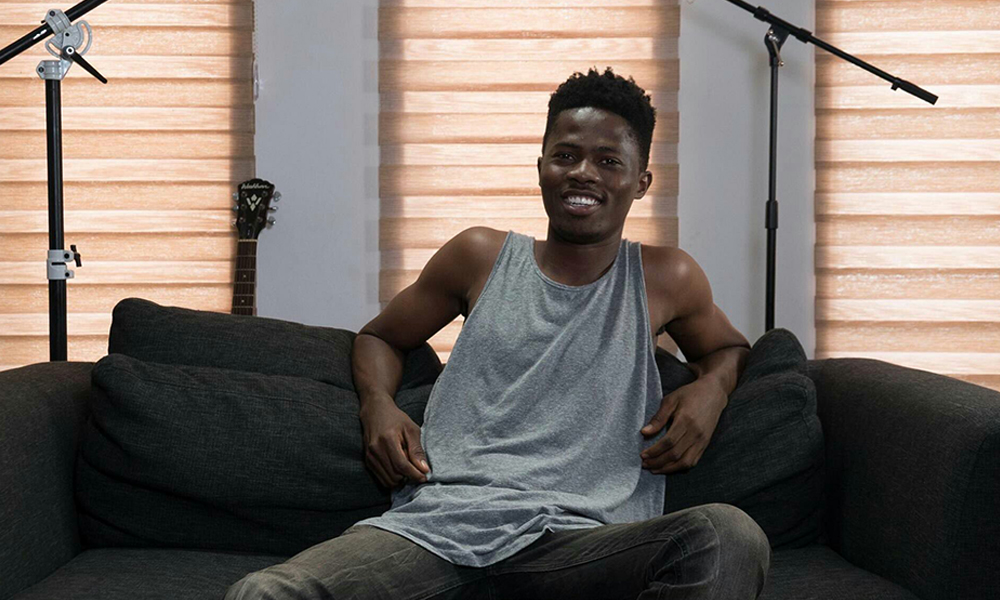 BET Nominated artist Kwesi Arthur, on his visit to Okay Fm ; on the ”Ekwanso Dwodwo” show, revealed how he almost became a security guard.

Kwesi Arthur disclosed this information after the host of the show, Abeiku Santana probed to ascertain the facts to a tittle-tattle he’s been privy to. In Kwesi’s words, he added some dispute with the producer he used to work with and with apparent pressure from his family, he had to go seek another form of work. He claimed he was employed as a security guard after applying for the position at a company and was said to have been paid Ghc150 a month. But before he could commence, the producer he had the issues with reached out to smoke the peace pipe; hence him going back to his work at the studio.

This shocking revelation sure sheds more depth to his current hit single “Woara”.