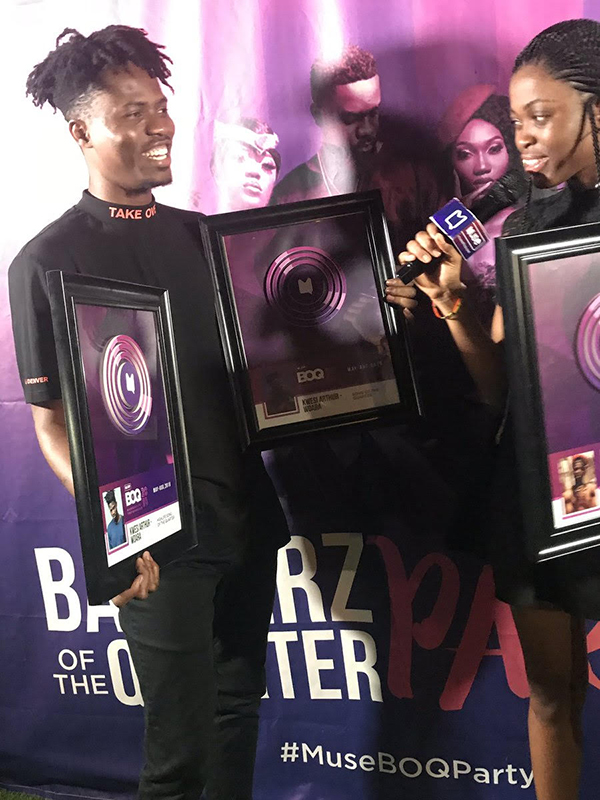 Wendy Shay, Quamina MP, Eddie Khae, MOG Beatz and many more passed through the MuseBOQParty to jam with fans.

Editor in Chief of MuseAfrica Mr. George Wiredu Duah thanked the stars who came out In their numbers to support the initiative. To the fans this whole 4 months of music experience will not have been possible without you, thank You.

The Muse Bangerz of the Quarter seeks to reward the biggest songs every quarter with the Accolades it deserves instead of waiting a whole year to do that.

MuseBOQParty is gearing up for the final quarter this December which promises to be exciting.

Finally, Mr. George thanked sponsors: Kings and Queen Saloon and Spa, Club onyx and all media partners for the support.