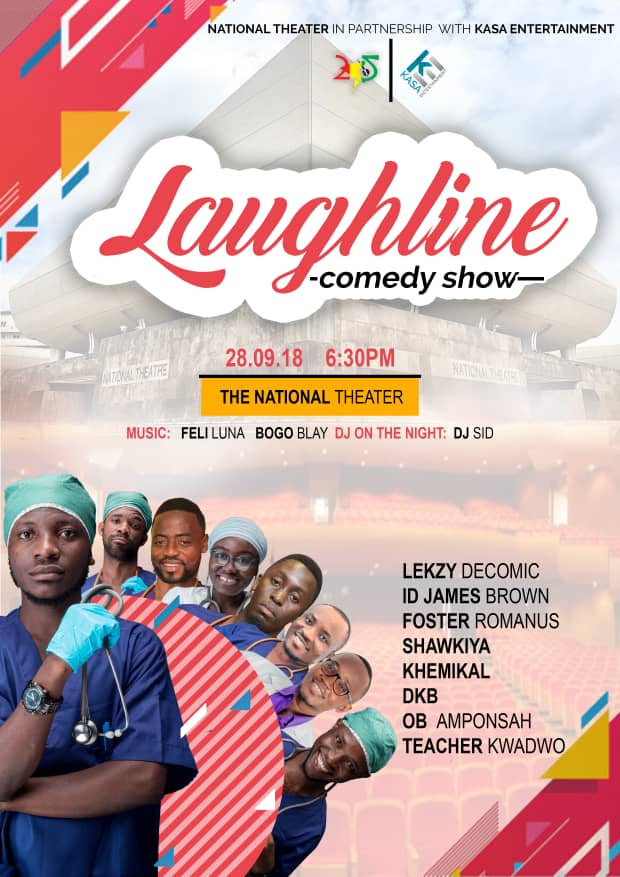 Laughline has come back, and this time bigger!! The comedy show that was loved by many went off for a while but today, organizers of the show have released an event poster of the show which is scheduled to happen on the 28th of September 2018.

The host for the show, Lekzy DeComic has been an amazing host throughout the run of the show, he has managed to win the hearts of many with his witty nature. The guy is a very good MC, and being the host of one of the big comedy show in Ghana; Easter Comedy Show, coming back to host his very show would be an amazing sight to see.

Comedians billed to perform are DKB, Comedian OB, Comedian Khemikal, Id James Brown, Foster Romanus, Teacher Kwadwo and Shawkiya. Also performing on the night will be Feli Nuna the Daavi Diva and Bogo Blay. Dj Sid, the mix meister would also be there to bring patrons back to back hits.

The venue for the event is at the National theatre, time is at 6:30pm. As it stands now the rate hasn’t been revealed by the organizers but for more information about the event you can call 0500028506.

This particular laughline show is a Kasa Entertainment Initiative in collaboration with The National Theatre.